MILWAUKEE- - When it comes to 28-year-old Mauricio Ramirez the world is a canvas and Milwaukee is his muse. His art is scattered across the city. But before he gets spray cans near a wall, his creative process starts at his cousin's barbershop in West Allis. 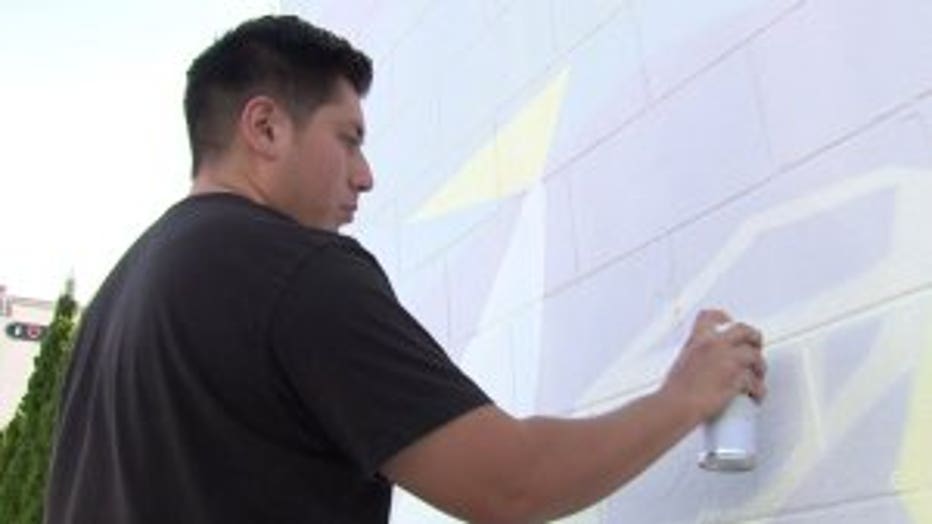 "I really want to bring a fresh and contemporary look to Milwaukee," Ramirez said. "A lot of people think the process starts in the studio on the computer. But to me, it's really about the people."

Ramirez feeds on the energy and chit-chat of those that stop in.

"Art work nowadays needs to connect with the people. What better place than a barbershop," he explains.

Inside the shop is where one of Ramirez's most recent artistic concepts was born. The goal was to create something impactful for the community on the south side. 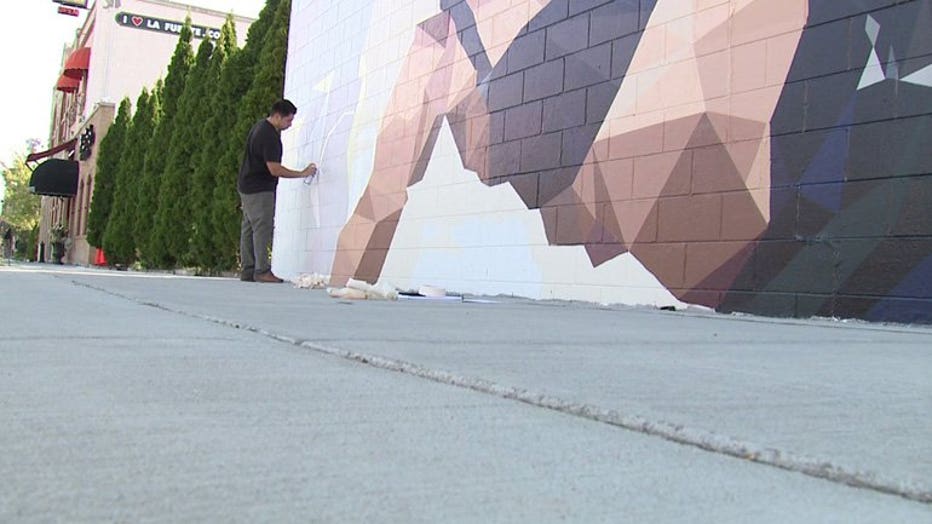 In July, Ramirez created a mural paying tribute to arguably one of the most celebrated Mexican-American entertainers in history, Selena. 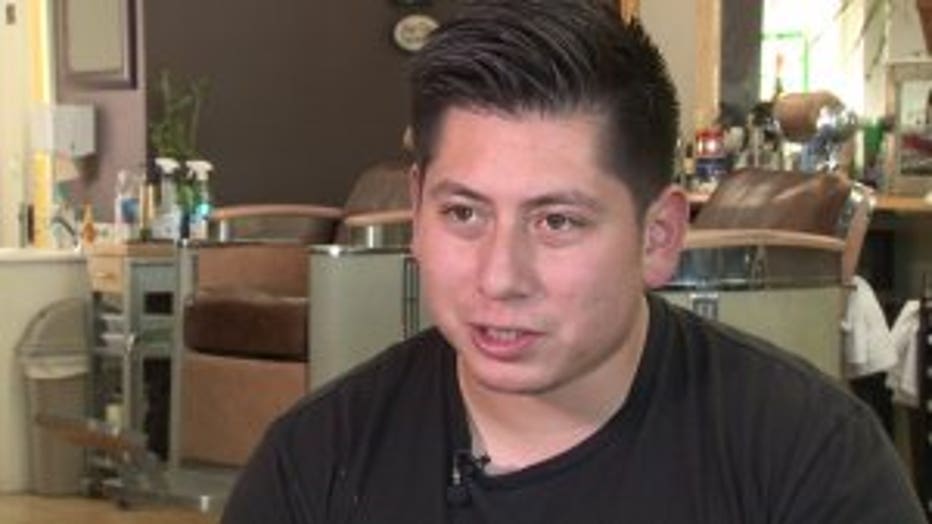 "Her music was very influential growing up in the '90s in Milwaukee and Chicago," Ramirez said.

Ramirez calls this project as a labor of love. He funded it himself and completed it in two days.

"There's a couple of gallons, probably 10 gallons total, and then maybe 30-40 different cans of spray paint to kind of recreate some of her flesh tones and outfit," Ramirex explained.

Ramirez's goal was to present a familiar icon in a new light to the people in Milwaukee's Walker's Point neighborhood.  The talent has always been in his fingertips. But he credits his older cousins for getting him into the mindset of a visual artist. Ramirez has lived most of his life in Chicago. Strong family ties in Milwaukee made the city feel like a second home and eventually motivated him to move here. 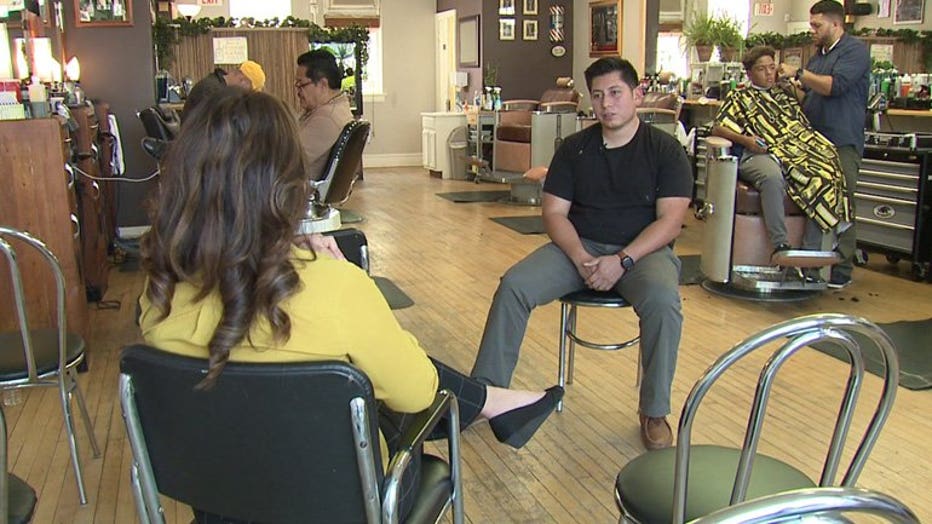 "It's always been a dream to wake up and create every day," Ramirez said.

But his dream almost didn't happen. Ramirez went to college to become an English teacher, but soon realized he wanted something different. Without any professional art training, Ramirez decided to dive full-time into his creativity -- a risk he was willing to take thanks to his family. 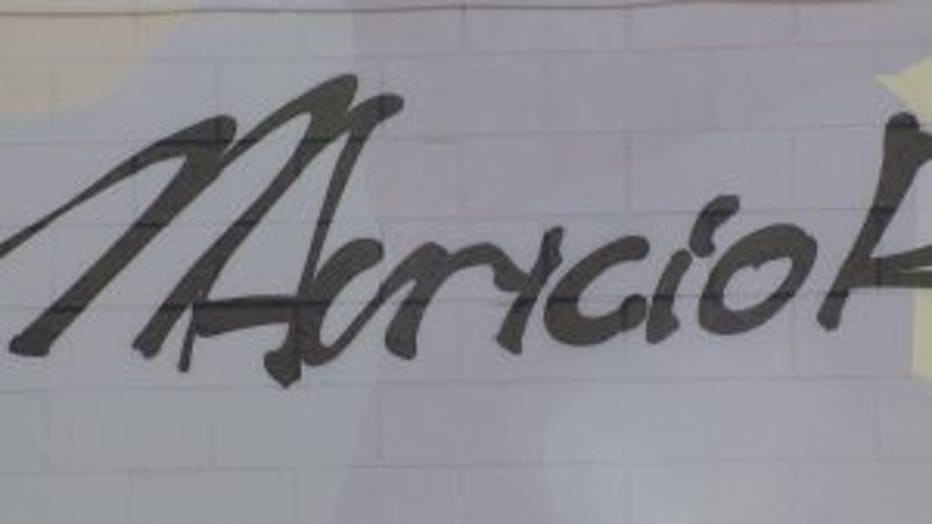 "Growing up in a Mexican-American family, they really gave me a strong support system since I was a little kid," Ramirez said.

"As a new artist you kind of get blackballed nobody wants to work with a new artist," he explained.

Whenever Ramirez felt discouraged in his journey, he reminded himself of his roots.

"I think the great thing about the Mexican culture is that we're all artisans and crafters and stuff we're dancers and we're sculptors we are painters and musicians," Ramirez said. "Anytime I feel discouraged, I look inward and grab motivation from that." 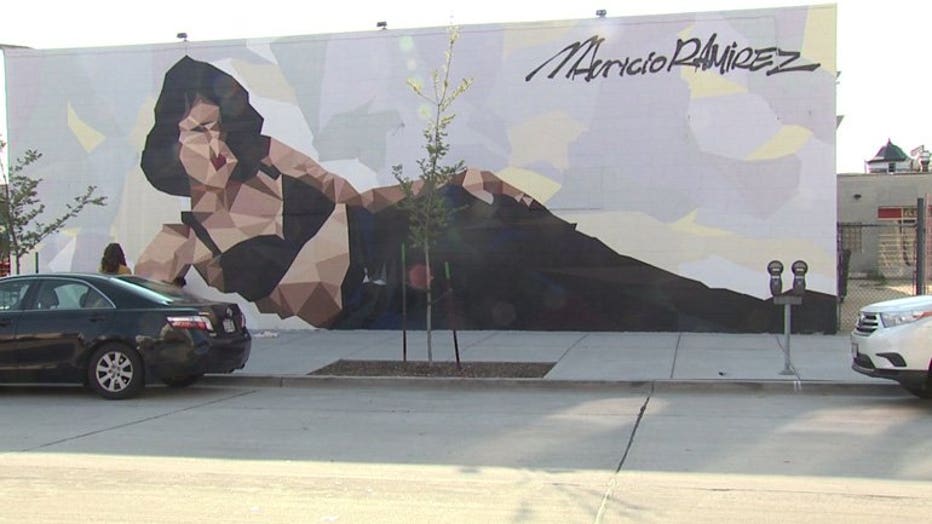 Now, Ramirez feels he's earned the right to reach into his heritage.

"I've reached a point in my artistic and creative work where I can dive back and pick out some of the icons that you see painted traditionally. That's why you see her in a pix elated format," Ramirez said.

Ramirez encourages other young artists to stick with their passion and those that admire his work to be inspired by his past, as they move toward the future.

You can see Ramirez's mural in person. It's on a building next to La Fuente -- near 5th and National in Milwaukee.