If you did not see them on Thursday, July 21, you might have heard them. We are talking about practice runs for the aircraft taking part in the Milwaukee Air & Water Show on Saturday and Sunday.

MILWAUKEE - If you did not see them on Thursday, July 21, you might have heard them. We are talking about practice runs for the aircraft taking part in the Milwaukee Air & Water Show on Saturday and Sunday.

Consider this – people in the crowd watching this weekend's show will likely have more space in between them than the U.S. Navy's Blue Angels will have in the sky. Those world-famous blue warplanes are sometimes just 18 inches apart.

When the warplanes started jetting past Milwaukee's lakefront Thursday, all eyes went to the sky. 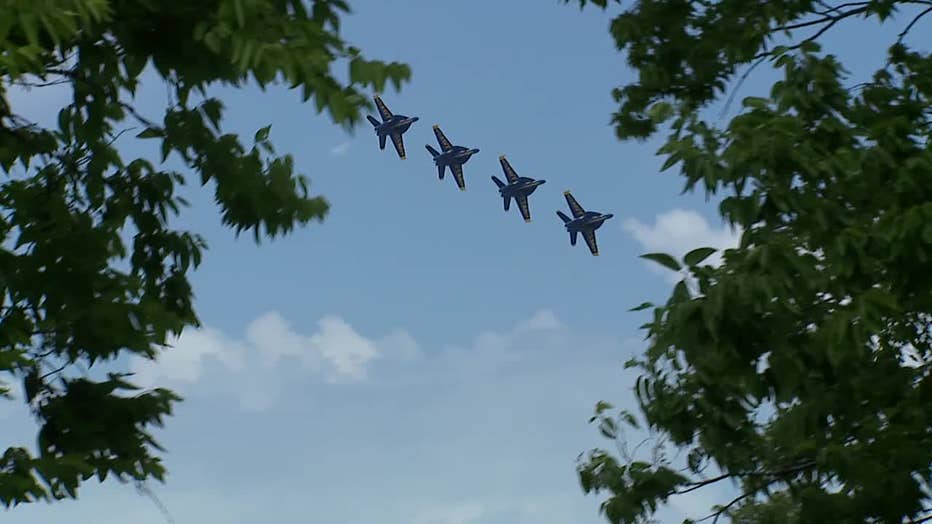 Ron Peterson got a closer look – for a preview of the Milwaukee Air & Water Show.

The pilots of those impressive jets are just as excited.

"To be able to go out there and put on a airshow over the water – with fantastic weather – is going to be awesome," said Capt Brian Kesselring, the flight leader of the U.S. Navy's Blue Angels. "This aircraft is the first time it’s ever been to Milwaukee. We haven’t been here since 2017." 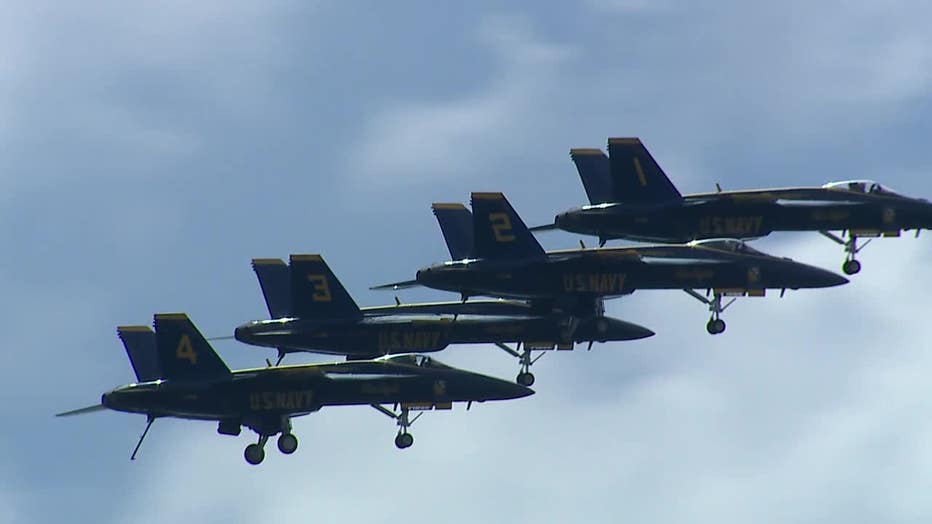 This weekend's show is a homecoming for Lt. Griffin Stangel, who is originally from Madison.

"It’s very special being back here. Back in the home state," Stangel said.

Stangel's parents are driving in to watch him soar. The lieutenant has already gained at least one new fan in Milwaukee. FOX6's Jason Calvi pulled 7.4 Gs as Stangel's exclusive passenger on Wednesday. 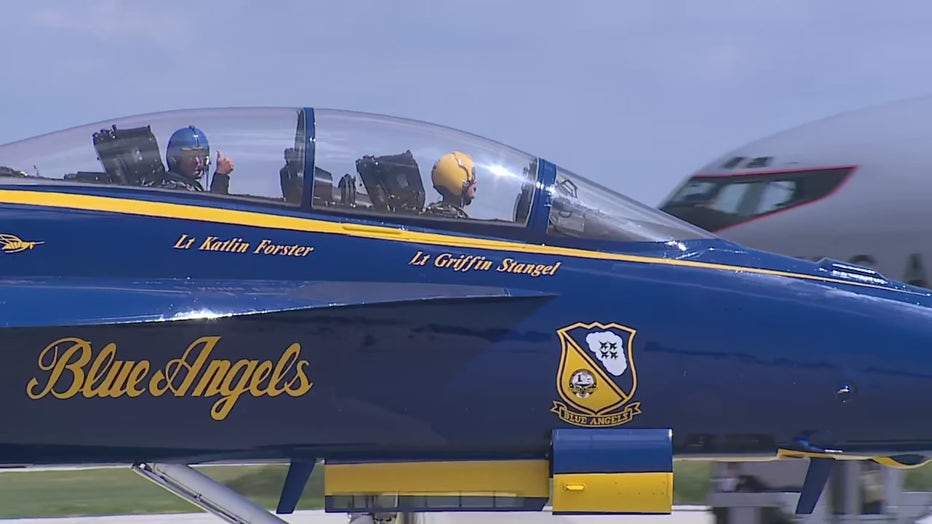 "He actually did really well. He didn’t get sick. Didn’t pass out," Stangel said.

But few can handle this other star of the show – the F-22 Raptor. 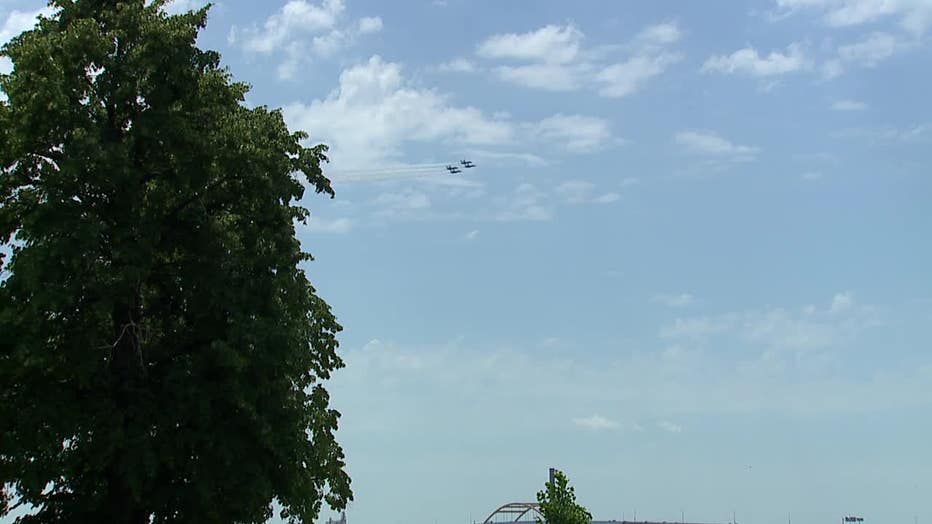 For Gunderson, what happens on the ground this weekend is just as important. He hopes the show will inspire a new generation of pilots – just like he was when he was 11 years old.

"I got to meet the airshow pilot that was flying the predecessor of the aircraft behind me. Meeting him, talking with him and taking a picture was really impactful," Gunderson said.

What is the best part about this weekend's show? It is absolutely free. Organizers say it actually pumps $3 million into the local economy.

NOTE: There are no exact scheduled time slots for any performer. Event schedule is subject to change due to weather and mechanical availability of air & water craft.

For more information and to buy tickets, check out the website for the Milwaukee Air and Water Show.