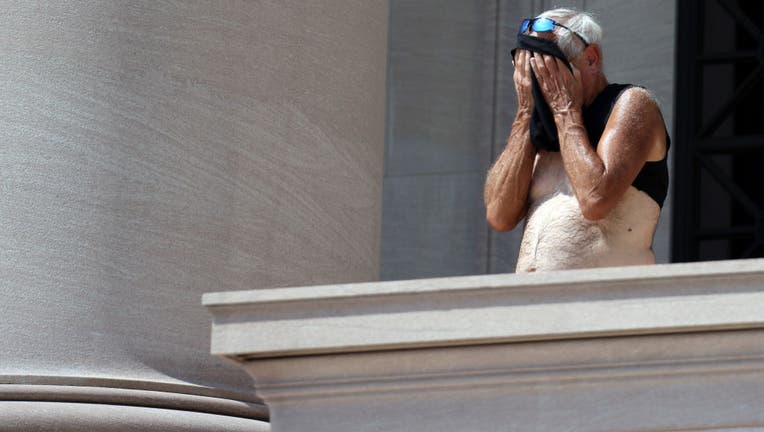 FILE - A person wipes sweat from their face as they exercise on the National Mall as temperatures reached 97 degrees Fahrenheit on August 12, 2021 in Washington, D.C. (Photo by Kevin Dietsch/Getty Images)

More than 100 million Americans may experience a heat index higher than 125 degrees by 2053, according to a study published Monday by First Street Foundation.

The 125-degree heat index is significant in that it marks the beginning of the National Weather Service's highest category for heat, known as "Extreme Danger."

According to researchers, approximately 8 million Americans are expected to experience a heat index within the "Extreme Danger" category this year. Researchers said that by 2053, that number is expected to increase to 107 million.

"There's really a regional story that came out of our research," said Jeremy Porter, chief research officer at the non-profit research and technology group. 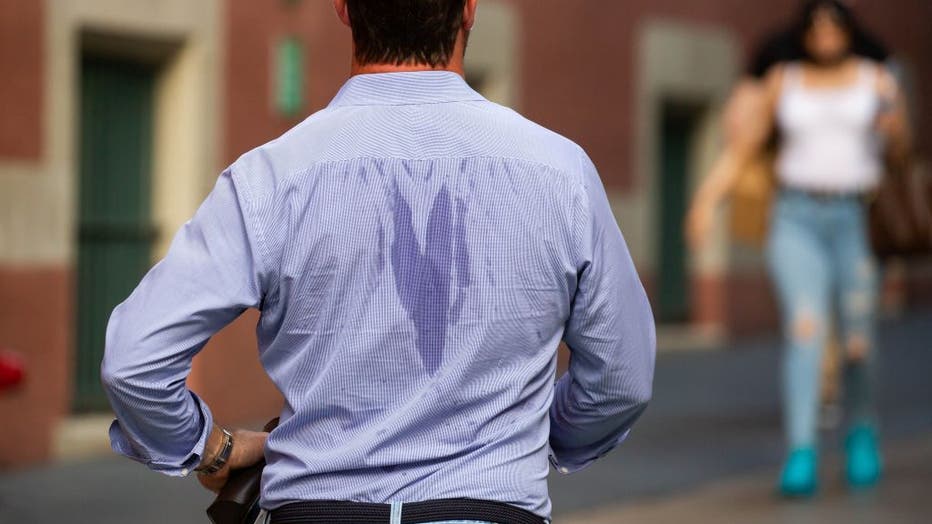 FILE - A heart-shaped sweat mark is seen on a man's shirt during a heatwave in New York, on June 29, 2021. (Photo by Michael Nagle/Xinhua via Getty Images)

Porter specified that a vast area of the central U.S. is more vulnerable to experiencing more days with a 125-degree heat index or higher. He added that this index translates to about 95 degrees with 80% relative humidity.

Other parts of the country may also be vulnerable to more days with higher heat index readings.

UN climate report says world to get sicker, more dangerous in next 18 years

A U.N. panel published a new report on Feb. 28, 2022, summarizing the latest information on global warming and its effect on people.

He added that parts of the West are also seeing more heat waves pop up more often. He likened the heat waves to those recently seen in Portland and Seattle.

STREAKING IN THE 90S: CITIES ACROSS U.S. SET RECORDS OF 90+ DEGREES

These recent trends are some of what Porter and his team used to determine their climate forecast for 2053.

"We ended up using a period of years so that we could remove unusually hot or unusually cool years, and then we integrated into that global climate model forecast into the future," Porter said. 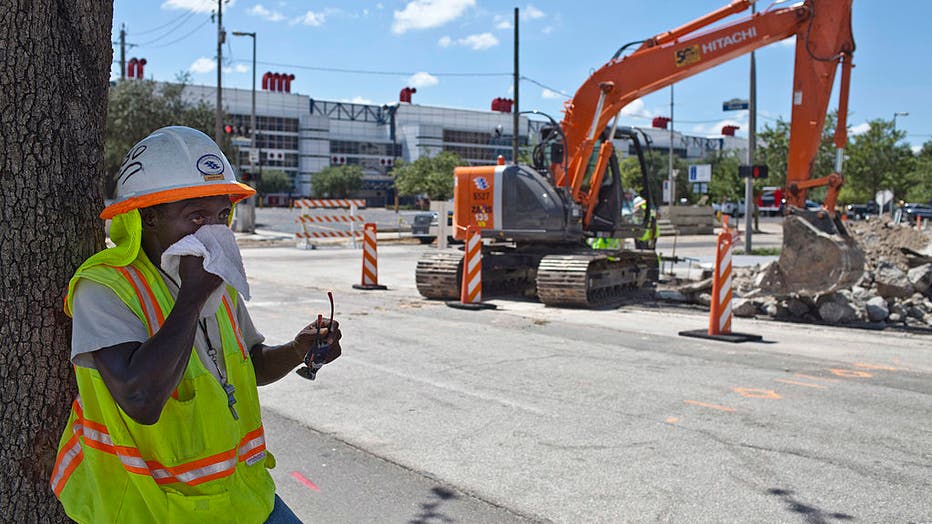 "They allowed us to correct for past observations into today's current environment, and then we forecast it out further 30 years to understand what the future environment will look like, and both of those metrics then give us the ability to understand extreme heat exposure today and what extreme heat exposure will look like into the future," he added.

BEAT THE HEAT OR EMBRACE IT: ADVICE FROM AROUND THE SWELTERING COUNTRY

Porter said these findings are "locked in" for the next 30 years. To help lower future trajectories beyond 30 years, he recommended that people begin using electric vehicles and find ways to help lower greenhouse gases.