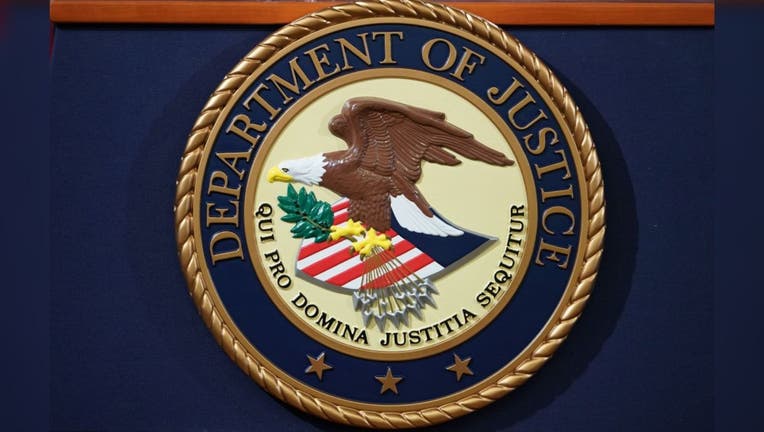 FILE - The Department of Justice seal.

MILWAUKEE - A Michigan man was sentenced to 10 years in federal prison, indicted after he expressed interest in having sex with a 15-year-old in Oshkosh, according to the U.S. attorney for the Eastern District of Wisconsin.

According to court filings, 42-year-old Scott Sundberg began chatting online with an Oshkosh woman, the teen's mother, in August 2021. During conversations, Sundberg allegedly sent videos containing child pornography and stated his desire to have sex with the 15-year-old child, according to a news release from the U.S. Department of Justice.

On Aug. 13, 2021, Sundberg traveled from Ishpeming, Michigan, to Oshkosh to meet the woman and her child at a local motel. Sundberg, a retired firefighter, brought a fire helmet for the child to wear during the proposed sexual activity. The "woman" was, in fact, an undercover law enforcement officer, and Sundberg was arrested upon his arrival at the meeting point.

At sentencing, the judge noted the "very serious nature" of the charge and the need for just punishment. Following his release from prison, Sundberg will spend six years on supervised release. He will also be required to register as a sexual offender.

Sundberg’s indictment and subsequent conviction were part of Operation Kick Boxer, a collaborative effort involving the Milwaukee and Green Bay Divisions of the FBI, the U.S. Attorney's Office for the Eastern District of Wisconsin, and the Winnebago County Sheriff's Office.

A Muskego man accused of being with a Saukville girl that sparked an Amber Alert in 2021 was sentenced to probation.