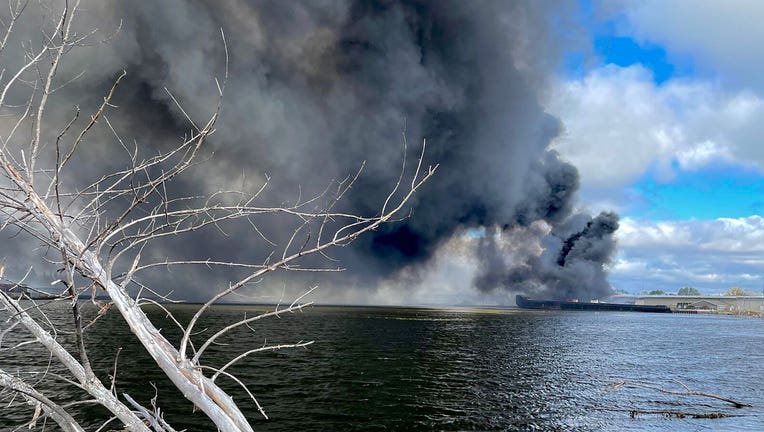 Smoke darkens the sky over the Menominee River Oct. 7, 2022, during a fire at Resolute Forest Products in Menominee, Mich. (WLUK/Mike Raasch)

MENOMINEE, Mich. - County officials in Michigan’s Upper Peninsula declared a local emergency Friday afternoon as fire crews continued battling a fire at a paper mill that was producing a dense cloud of smoke.

Menominee city police said Menominee County officials and emergency management officials had issued an emergency declaration, and the public was urged to avoid the area.

A spokesman for Resolute Forest Products said the fire began in Menominee, Michigan, about 11 p.m. CDT Thursday in a warehouse that contained pulp and waste paper.

No injuries were reported in the fire along Michigan’s border with Wisconsin. Five fire departments were called to the scene to fight the blaze, the Stephenson Fire Department said. 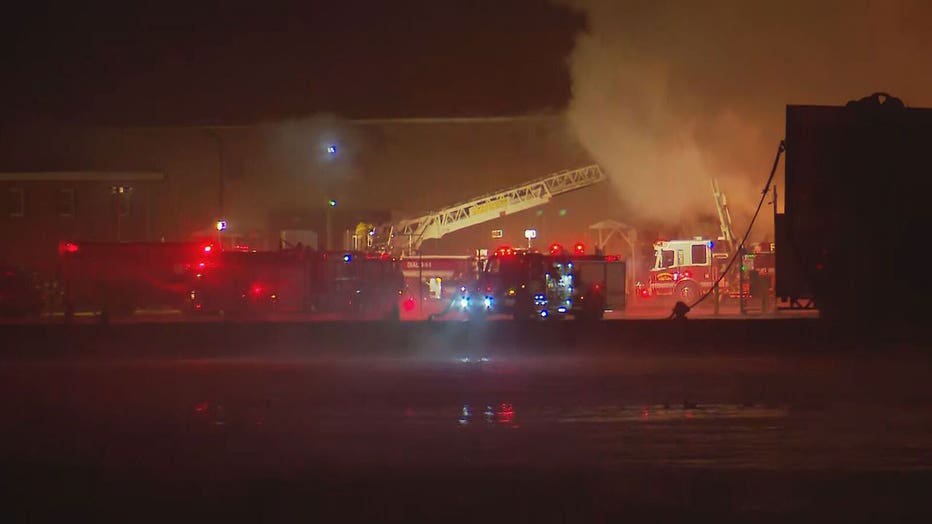 Fire trucks are on scene during a fire at Resolute Forest Products in Menominee, Mich., Oct. 7, 2022. (WLUK image)

Some locations in adjacent Marinette, Wisconsin, were closed due to the smoke and area schools were keeping students indoors until the end of the school day.

The fire began at a warehouse Montreal-based Resolute Forest Products rents from KK Integrated Logistics on the site of Resolute's Menominee recycled pulp mill along the Menominee River, said David Marshall, a company spokesman. He said Friday morning that the fire was under control.

The paper mill makes paper pulp and employs nearly a hundred people, according to the company’s website, which says Resolute Forest Products is a leading producer of lumber, newsprint and other wood products.

Menominee is located in the southern central tip of Michigan's Upper Peninsula about 55 miles (88 kilometers) northwest of Green Bay, Wisconsin.