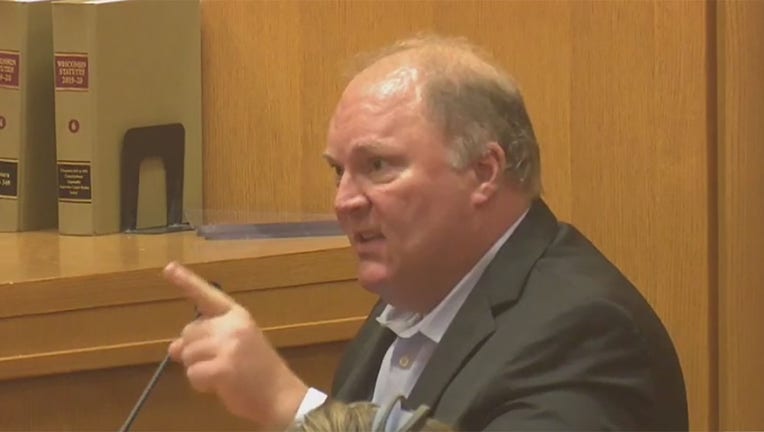 MADISON, Wis. - A judge on Wednesday ordered the investigator hired by Republicans to look into the 2020 election in Wisconsin be fined $2,000 a day until he complies with court orders related to open records requests.

In a ruling against investigator Michael Gableman, Dane County Circuit Judge Frank Remington also forwarded the order to the office that hands down disciplinary actions against attorneys and judges in Wisconsin. Gableman could face additional sanctions that include suspension or revocation of his license to practice law.

The written order comes after Remington last week found a defiant Gableman to be in contempt after he refused to answer questions in the courtroom after being subpoenaed to appear. His attorneys tried unsuccessfully to block the subpoena.

Remington, in his order, chided Gableman for what he called his "unprofessional conduct" at the hearing.

"Wisconsin demands more from its attorneys," Remginton wrote. "Gableman’s demeaning conduct has discredited the profession and every other person sworn ‘to commit themselves to live by the constitutional processes of our system,’" he wrote.

His order cites comments Gableman made that were captured by the microphone while the court was in recess where he made sarcastic comments about the judge and attorney for American Oversight, the group suing to get the records.

"The circus Gableman created in the courtroom destroyed any sense of decorum and irreparably damaged the public’s perception of the judicial process," Remington wrote.

Gableman was hired a year ago by Assembly Speaker Robin Vos, under pressure from Donald Trump to investigate the former president’s loss to President Joe Biden by just under 21,000 votes in Wisconsin. The investigation has cost taxpayers about $900,000 so far.

Biden’s victory has survived two recounts, multiple lawsuits, a nonpartisan audit and a review by a conservative law firm. Only a couple dozen people out of nearly 3.3 million voters have been charged with fraud, numbers on par with past elections.

Gableman has issued two interim reports, but his work has faced a barrage of bipartisan criticism. Vos put his work on hold this spring pending the outcome of lawsuits challenging his ability to subpoena elected officials and others who worked on elections.