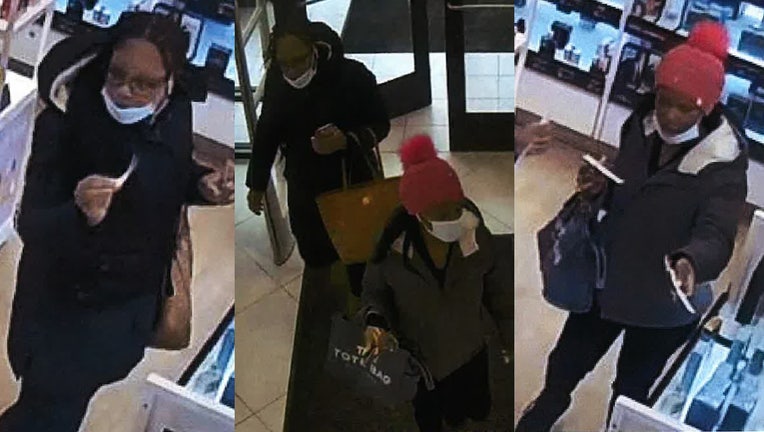 MENOMONEE FALLS, Wis. - Menomonee Falls police are asking for the public's help to identify two theft suspects that stolen from the Ulta Beauty on Falls Parkway on Wednesday, Feb. 2.

If you can assist in identifying the two individuals in the photos above or have information reference this felony shoplifting incident, you are urged to contact the Menomonee Falls Police Department at 262-532-8700 and reference case #22-003370.