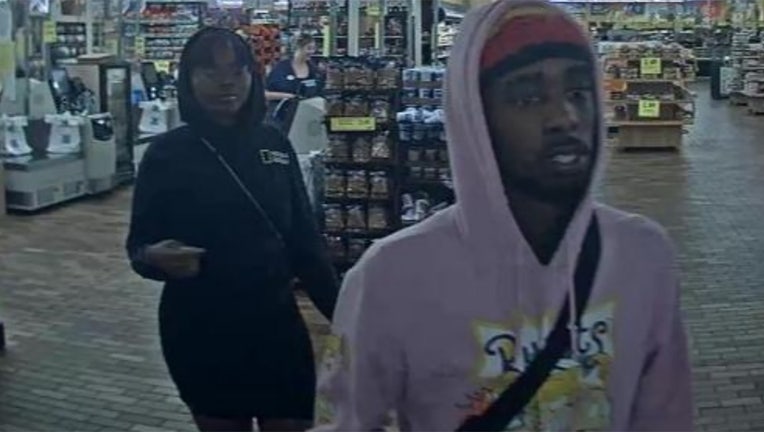 MENOMONEE FALLS, Wis. - Menomonee Falls police are asking for the public's help to identify two people suspected of theft at the Woodman's Food Market on Highway 145.

The retail theft happened at 7 a.m. on Tuesday, Aug. 31. The two suspects left without paying for $111.89 worth of groceries, officials say.

Officials say the suspects were riding in a red Chevy Aveo with Wisconsin license AHW-7429.

If you have information that can help identify the suspects, you are urged to contact the Menomonee Falls Police Department at 262-532-8700.

KISS will postpone its next four tour dates -- which includes a visit to American Family Insurance Amphitheater in Milwaukee on Sunday, Sept. 5.