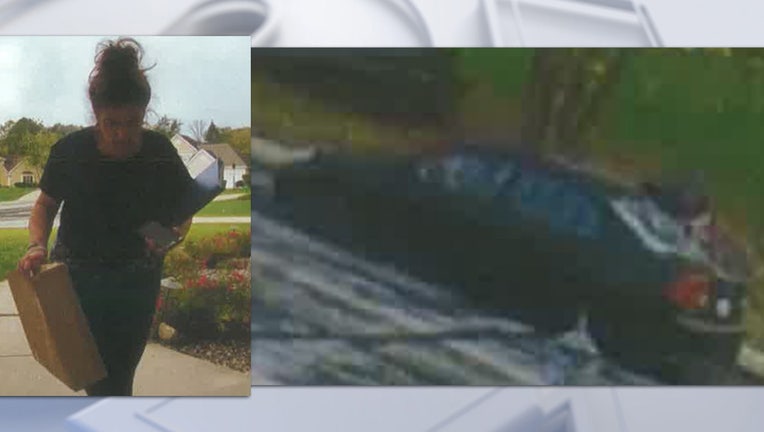 MENOMONEE FALLS, Wis. - Menomonee Falls police are asking for the public's help in their search for a theft suspect.

Officials say on Saturday, Oct 9. a female suspect is observed on camera walking up to the front porch of a home on Hemlock Court in Menomonee Falls – and removing two packages.

The suspect is described as a white or Hispanic, with longer brownish/reddish colored hair, styled in a high bun at the top of her head, wearing a black shirt, black leggings, with a black Adidas sweatshirt with multi-color Adidas logos wrapped around her waist, and black Adidas shoes with three stripes. The suspect was believed to be driving a 2001-2005, black Honda Civic four-door, with dark, tinted windows, and black rims.