A Racine man is charged with misdemeanor criminal damage to property for allegedly smashing a jewelry display case with a brick in Menomonee Falls.

MENOMONEE FALLS, Wis. - A Racine man is charged with misdemeanor criminal damage to property for allegedly smashing a jewelry display case with a brick in Menomonee Falls.

The accused is 33-year-old David Juarez.

According to the criminal complaint against Juarez, police were dispatched to the Kay Jewelers store on Pershing Avenue in Menomonee Falls on June 1 for a "criminal damage to property" complaint. The caller indicated the suspect damaged a jewelry case and left the store in a Chevrolet Malibu with no license plates.

When officers arrived on the scene, they saw "a jewelry display case with a broken glass top near the main entrance. Inside the display case was a gray brick. No jewelry inside the case appeared to be damaged or taken," the complaint said.

Surveillance video showed the suspect "damaging the glass display case using a brick. The suspect struck the jewelry case approximately nine times before the brick fell into the case," the complaint states. Investigators got a very detailed description of the suspect from the video as well as witnesses.

Authorities were later able to independently identify the suspect as Juarez, per the complaint. They did this after digitally enhancing "pictures depicting the defendant's tattoos during the incident at Kay Jewelers," the complaint said.

The complaint states authorities used the Flock Camera System to capture more pictures of the suspect vehicle – within the time frame of the alleged crime.

Online court records indicate the complaint for this case was filed on Aug. 22. On the same date, an arrest warrant was issued for Juarez.

Juarez is scheduled to make his initial appearance in Waukesha County court for the Menomonee Falls incident on Sept. 30.

A few weeks after the jewelry store incident, court records indicate police stopped Juarez at a Caledonia intersection on June 18.

Police spotted Juarez speeding with no visible license plates. He told police he did not have his wallet and that his plates were in the back seat.

An officer told Juarez his plates were "not supposed" to be in the back seat. Juarez tried to talk his way out of the situation, claiming he had a "restraining order" against the police department. 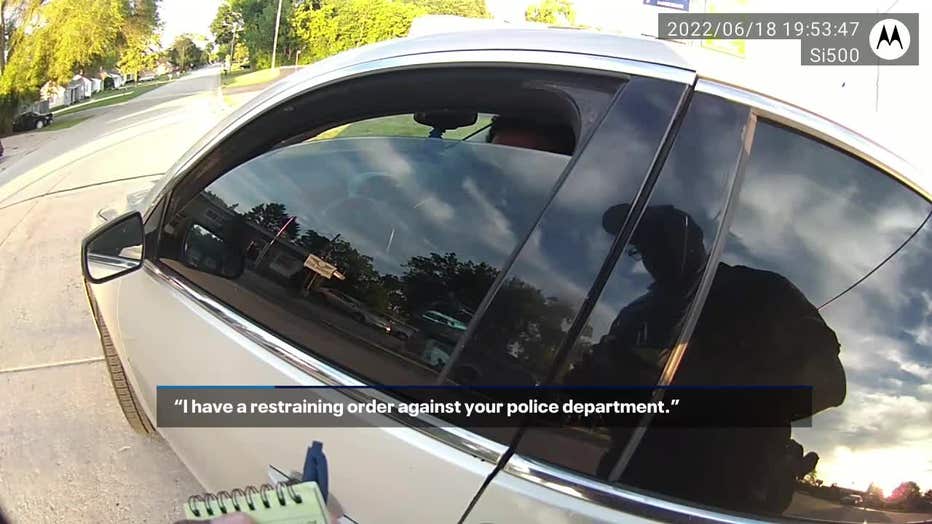 Law enforcement called off a chase because the speeds got too high. Racine police eventually took Juarez into custody at his listed home address. Before taking him to the county jail, though, Juarez allegedly tried to jump out of his window twice in another effort to gey away.