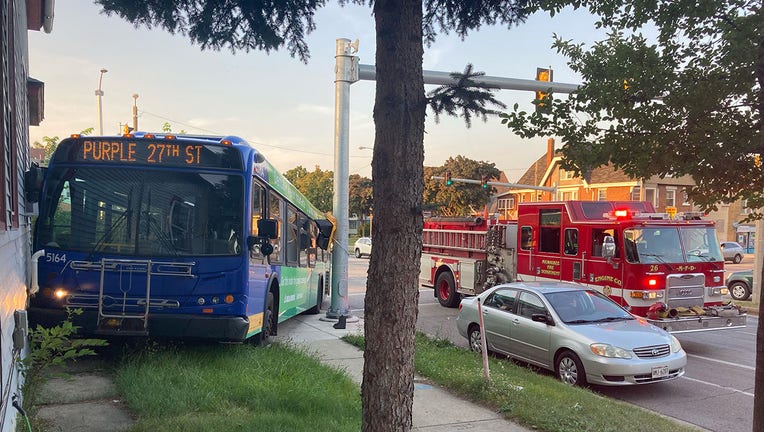 According to MCTS, the bus was headed south on 27th Street when a car turned directly in front of it around 6:30 p.m. The car hit the bus, which caused the bus to leave the road – coming to a stop on a nearby lawn after crossing the sidewalk.

One passenger reported a minor injury, MCTS said, and the bus driver and other passengers were not hurt. The injured passenger was a 53-year-old Milwaukee woman, according to police.

The Milwaukee police and fire departments responded to the scene. Police said the incident is being investigated.

A Milwaukee woman was killed in a crash near Teutonia and Bobolink on Friday night, Sept. 10.