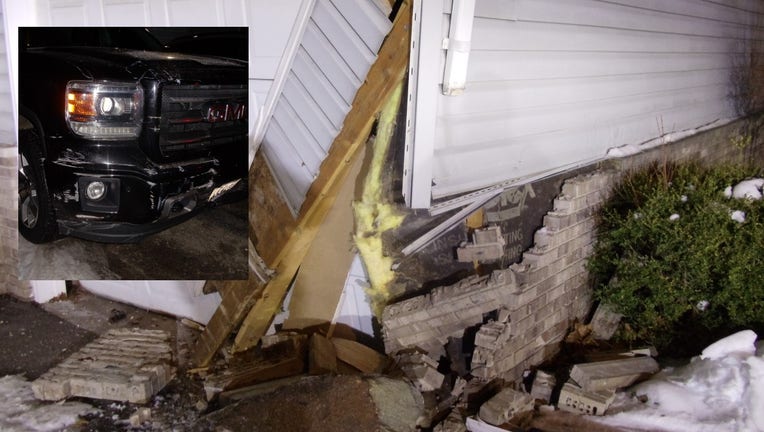 RACINE, Wis. - A 33-year-old Union Grove man was taken into custody Tuesday night, Jan. 12 for OWI, 1st offense after he crashed into an apartment building.

According to the Racine County Sheriff's Office, deputies were dispatched to the area of 13th Avenue and West Street around 8:15 p.m. for reports of a hit-and-run accident.

Based on the investigation, deputies had the man perform Standardized Field Sobriety Tests and was subsequently taken into custody for OWI 1st Offense.

He was issued traffic citations for OWI 1st offense, hit and run accident, and failure to notify police of an accident. The man was held at the Racine County Jail on a Probation and Parole Violation.

Charged as an adult with homicide and more, prosecutors say Logan Kruckenberg-Anderson shot his daughter in the head and left her in the snow in the woods shortly after her birth in Albany, Wisconsin.

Prosecutors: Ride-share driver assaulted woman he picked up from bar

A Milwaukee ride-share driver is accused of sexually assaulting a woman he picked up from a bar and drove to a Franklin motel in December.