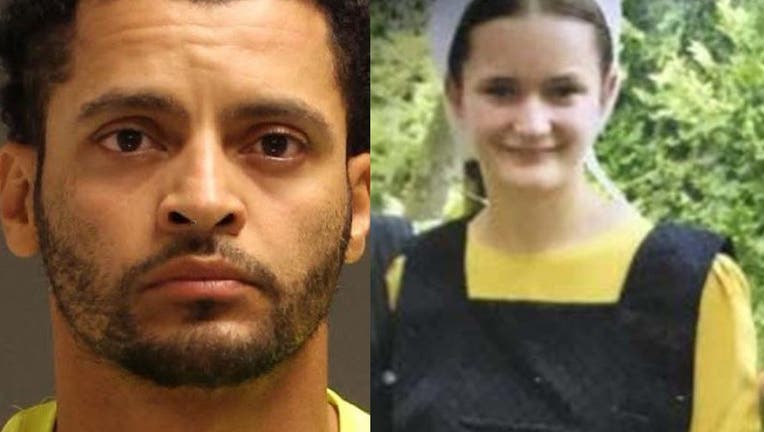 LANCASTER COUNTY, Pa. - A 34-year-old man has been charged in the abduction and death of a Pennsylvania Amish teenager who was last seen on Father's Day.

Justo Smoker was charged with the June 21 kidnapping of Linda Stoltzfoos, 18, in July when he was taken into police custody. On Monday, prosecutors charged him with her murder, the Lancaster County District Attorney's  Office said.

Stoltzfoos' body has not been recovered but authorities believe Smoker abducted her while she was walking home from church.

"Given the circumstances of Linda’s disappearance; specifically, that she was forcefully abducted by a stranger, we always feared she suffered a tragic fate," Lancaster County District Attorney Heather Adams said Monday. "After careful consideration of all of the facts uncovered by the investigation as a whole, we are now in a position – legally – to charge Smoker with murder."

Investigators said evidence supports the conclusion that Stoltzfoos was killed.

"There was nothing found, no report or evidence, that indicates Linda was planning to leave her home and community," Adams said. "And since June 21, there have been no signs of Linda or traces of activity or routines involving Linda."

Police continue to search for her body, she said. 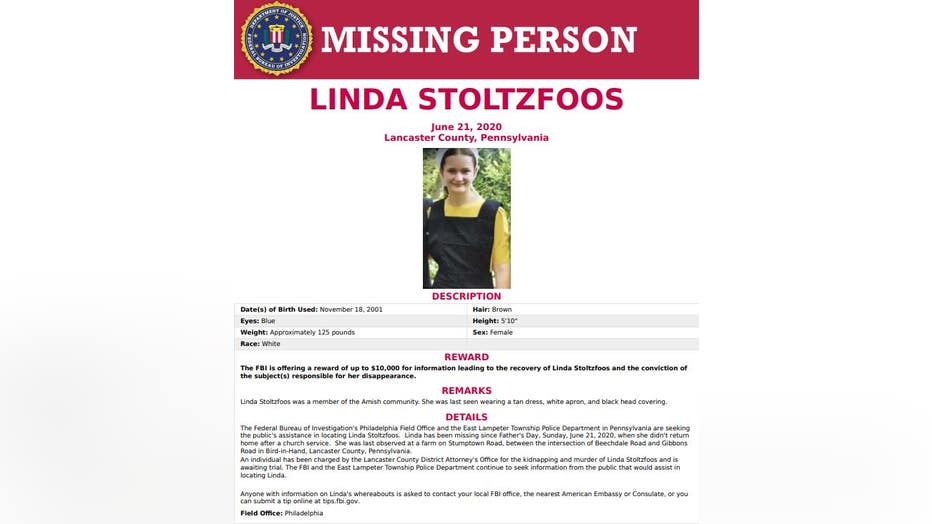 Authorities said they received reports of a Kia -- Smoker drove the same type of vehicle -- with a driver marching Smoker's description following Amish females on June 20. His cellphone was in the area of the abduction, they said.

Within hours prior to the alleged stalking incidents, Smoker purchased alcohol and multiple pairs of disposable cleaning gloves and boot and shoelaces. In the early days of their search for Stoltzfoos, authorities found a pair of her bra and stockings buried by Smoker in a wooded area, prosecutors said.

Smoker's DNA was found on one of the stockings, they said.