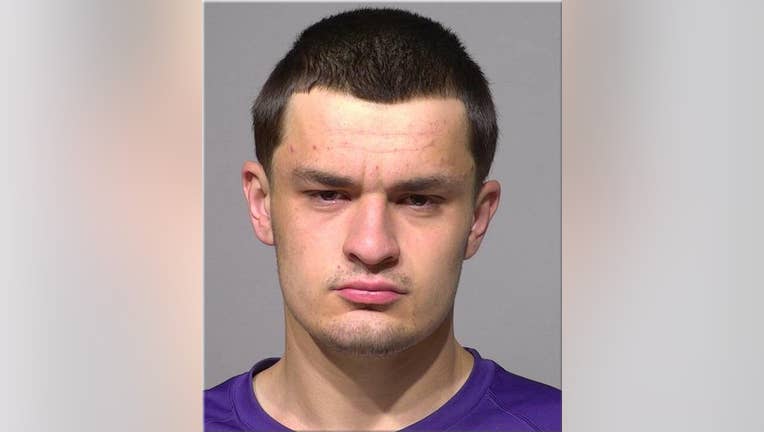 MILWAUKEE - An Oconomowoc man has been charged in the hit-and-run crash that left a motorcyclist severely injured on Monday, June 14.

According to the criminal complaint, the driver of a Chevrolet Cruze – later identified as Gusho – reversed and hit a car in the U-Haul parking lot on S. 1st Street in Milwaukee. Witnesses say he then sped out of the parking lot south on 1st through a red light at Lapham Boulevard and struck a motorcyclist who had the right of way. The complaint says Gusho then fled the scene. The crash happened around 5:30 p.m., according to a police report.

The victim, a 42-year-old St. Francis man, sustained serious injuries to both legs, resulting in the amputation of his lower left leg.

Witnesses followed the Chevrolet Cruze and found it parked nearby. The driver got out and fled on foot. According to the criminal complaint, the car was issued to Gusho and had multiple identifiers inside the car.

After fleeing, a complaint states Gusho shaved his goatee, cut his hair, and walked into District 2 stating his car had been stolen in the U-Haul parking lot. Surveillance footage at the business showed the driver to be the defendant. The complaint says Gusho later confessed to the crash and wrote an apology letter to the victim.

Court records state Gusho was out on bail for a dozen counts in Waukesha County, posting $10,000 bail the day before the hearing in this crash. Those include multiple counts of operating after revocation, felony bail jumping, and drug possession/trafficking charges.

If convicted, Gusho could face up to 15 years in prison and up to $50,000 in fines. He's due back in court for his preliminary hearing on July 2.