MILWAUKEE - A 27-year-old Milwaukee man is charged in connection with a fatal crash that happened near Capitol and Green Bay on Saturday, Oct. 16. The accused is Kenneth Wright – and he faces the following criminal counts:

According to the criminal complaint, Milwaukee police were dispatched to a motor vehicle crash at the intersection of Capitol Drive and Green Bay Avenue just before 10 p.m. on Oct. 16. A person who called in 911 indicated a vehicle rolled over, struck a pole, and was on fire. The complaint says a "third caller indicated the vehicle was speeding prior to the crash."

The complaint indicates officers spoke with the driver of the vehicle that crash, who was standing nearby. Wright initially stated "he was driving east on W. Capitol Dr. traveling at 30 to 35 miles per hour 'at the most.'" Wright indicated a car pulled into his path near N. 10th Street  and he "swerved to the left but there was another vehicle so he swerved to the right." Wright told police "the vehicle from N. 10th St. hit the rear of his vehicle and then he crashed." But when the officer asked Wright where the other vehicle was, Wright said he did not know. 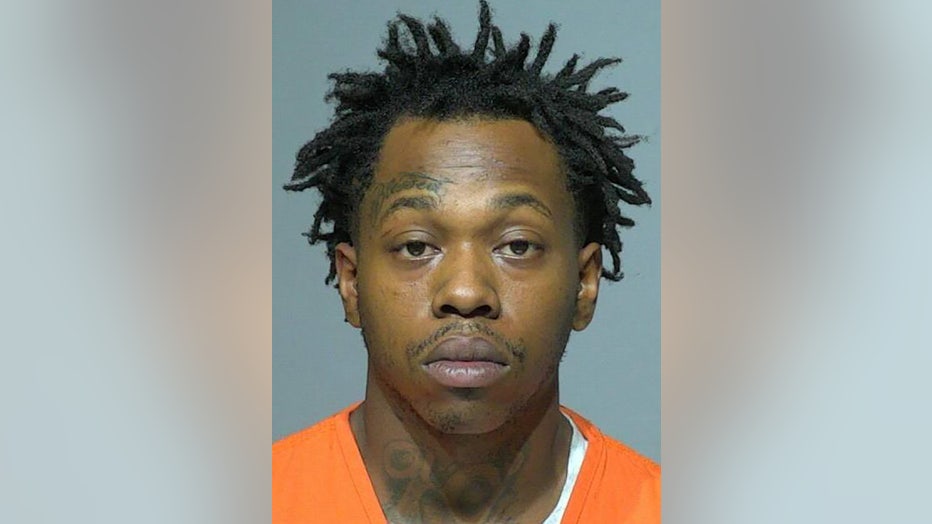 The lone passenger in the car, identified as Jamera Doyle in the complaint, was partially ejected as the vehicle rolled over, the complaint says. Doyle was pronounced deceased on the scene.

Police investigating the scene indicated "the crash scene in this instance suggests a crash at a speed much higher than the posted speed of 30 miles per hour," the complaint says.

A review of the crashed vehicle's airbag control module recovered the speed of the vehicle just before the crash. The data showed the defendant "was traveling at 83 mph at 2.5 seconds before the crash," the complaint says.

Police later conducted an interview with Wright. The complaint says about two hours prior to the crash, "he consumed two shots of cognac liquor and smoked less than half a blunt of marijuana." Wright stated he picked up Doyle from her job -- when they were in the area near 10th and Capitol "he was adjusting the vehicle's radio" when a vehicle pulled in front of him. Wright said "he swerved left then right and lost control of the vehicle," the complaint says.

Wright also "admitted he did not have a driver's license and was not supposed to be driving" -- and that "there is a no contact order between him and the victim."

Wright made his initial appearance in court on Thursday, Oct. 21. Cash bond was set at $25,000. He is due back in court for a preliminary hearing on Oct. 28.

A Dane County sheriff's deputy fired her gun after being stabbed by a man she was checking on at a park near Cross Plains, officials said Friday.

Authorities on Friday identified an Illinois who shot at a K-9 during a Kenosha County incident and was then shot by responding law enforcement.