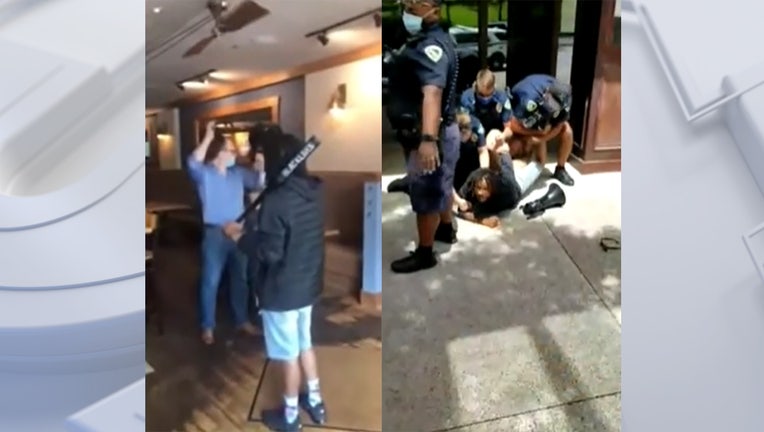 MADISON, Wis. - A Black man whose arrest last summer ignited a violent protest in Madison has been sentenced to two years of probation and time served on a federal extortion charge.

Devonere Johnson, 29, was accused of threatening to destroy a downtown business on June 22, during a period of unrest following the death of George Floyd in Minneapolis. Johnson pleaded guilty to the extortion charge in November and was sentenced Wednesday.

Prosecutors say Johnson threatened to break the windows at one restaurant unless the owner sent him money through Venmo. At another restaurant, Johnson and two others demanded free food and said they would bring hundreds of protestors to burn down the business. Parts of the incidents were captured on security video.

Johnson's arrest on June 23 sparked a protest during which two statues on the Capitol grounds were toppled, there was an attempt to burn the City-County Building and a state senator was assaulted.

"I just want to say that it’s been a process for me," Johnson told U.S. District Judge William Conley Wednesday during a hearing held by video conference. "I can generally say that usually, these types of situations are negative but I definitely try to find some type of positivity and continue to spread love and consciousness moving forward."

One person is dead and another was injured following a fire&nbsp;Thursday morning, Jan. 28&nbsp;at the Burnham Hill Apartments.

Snow returns this weekend, a few inches likely over Saturday and Sunday

Another round of snow is likely Saturday, Jan. 30 through Sunday, Jan. 31.