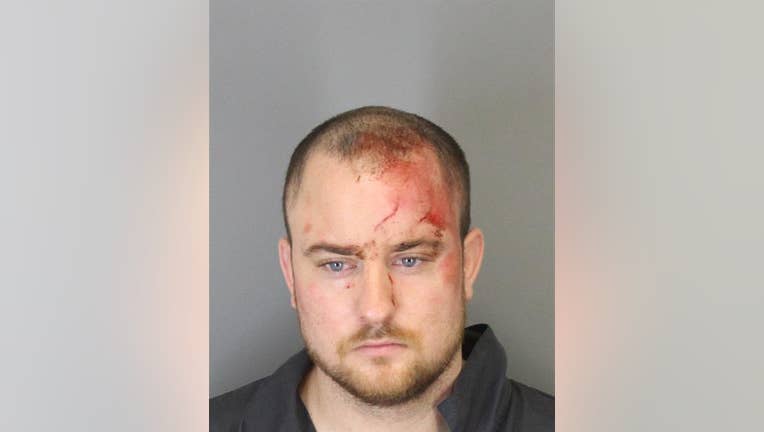 Christopher McKinney , 28, is accused of stabbing his parents after they asked him to turn off video games. His stepfather later died from his injuries.

MADISON HEIGHTS, Mich. (FOX 2) - Police in Madison Heights said a 28-year-old stabbed his 66-year-old mother and 71-year-old stepfather, who later died, after they asked him to turn off a video he was watching so they could go to bed.

According to police, the stabbing happened at an apartment in Madison Heights on Friday, just before midnight when Christopher McKinney attacked his parents. Police said he lived at the apartment with his mom and stepdad and was still there when police arrived.

A Madison Heights man was arrested last week after police said he stabbed his mother and stepfather during an argument, resulting in his stepfather's death.

Madison Heights Police said that McKinney watching a video in his parents' room when they asked him to turn it off so they could go to bed.

Investigators said they argued and McKinney pulled a knife, cutting and stabbing both his mother and stepfather. Police said all three were treated for injuries and then taken to the hospital where his stepfather later died.

"He was in the stepfather and mother's bedroom where the computer was located and he was watching videos on the internet. The mom and stepfather wanted to go to sleep for the night, they asked him to leave the room so they could go to sleep and he became highly agitated. That’s when the violence started because he was asked to leave the room," Chief Corey Haines said. "They found the mother and stepdad covered in blood, all the walls, the ceiling had blood all over it."

When police tried to arrest McKinney, they said he resisted and tried to assault and spit on them. He was arrested charged with two counts of assault with intent to murder and two counts of resisting or assaulting police. Charges are expected to be amended to include murder.

During the bodycam video released by police, you can hear McKinney hurl racial epithets and use vulgar language as he fought against the police officers.

Bodycam of arrest of suspect for stabbing mom, stepdad after being asked to turn off video

Madison Heights Police arrest a man they said stabbed his mother and stepfather after being asked to turn off a video.

Madison Heights Police originally told FOX 2 the fight was the result of McKinney wanting to play a video game but later said he was, in fact, wanting to watch a video when they asked him to turn it off.