MISSION, Kan. - Becky Harper sobbed as she spoke to a Missouri dispatcher after stumbling across her expectant daughter in a pool of blood, her womb slashed open and the child she had been carrying missing. 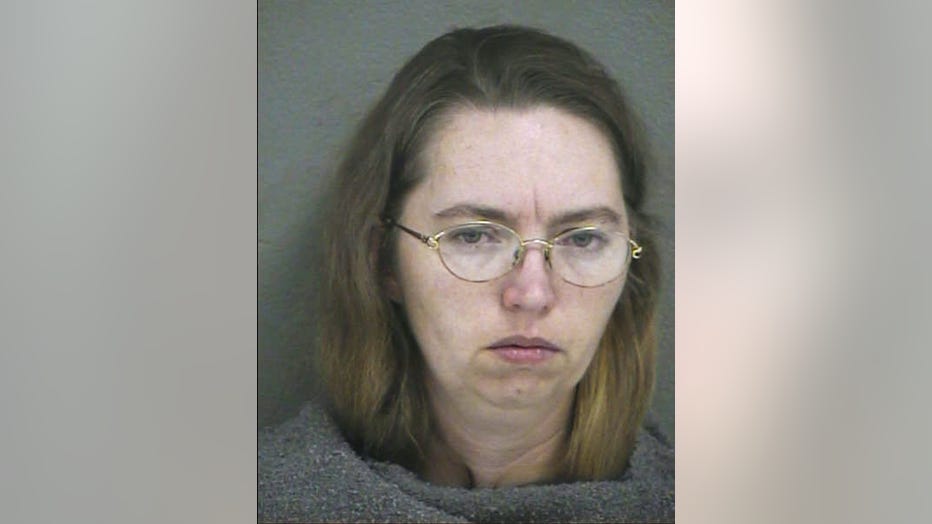 "It’s like she exploded or something," Harper told the dispatcher on Dec. 16, 2004, during the desperate yet futile attempt to get help for her daughter, Bobbie Jo Stinnett, who had been eight months pregnant.

Lisa Montgomery, who strangled Stinnett with a rope before performing a crude cesarean and fleeing with the baby, awaits execution Tuesday, just eight days before the presidential inauguration of death penalty opponent Joe Biden. If the lethal injection is carried out as scheduled at the Federal Correctional Complex in Terre Haute, Indiana, Montgomery would be the first woman executed by the federal government in about six decades.

Montgomery drove about 170 miles (273.59 kilometers) from her Melvern, Kansas, farmhouse to the northwest Missouri town of Skidmore under the guise of adopting a rat terrier puppy from Stinnett, a 23-year-old dog breeder.

She was arrested the next day after showing off the premature infant, Victoria Jo, as her own. She is now 16 years old and hasn't spoken publicly about about the tragedy. 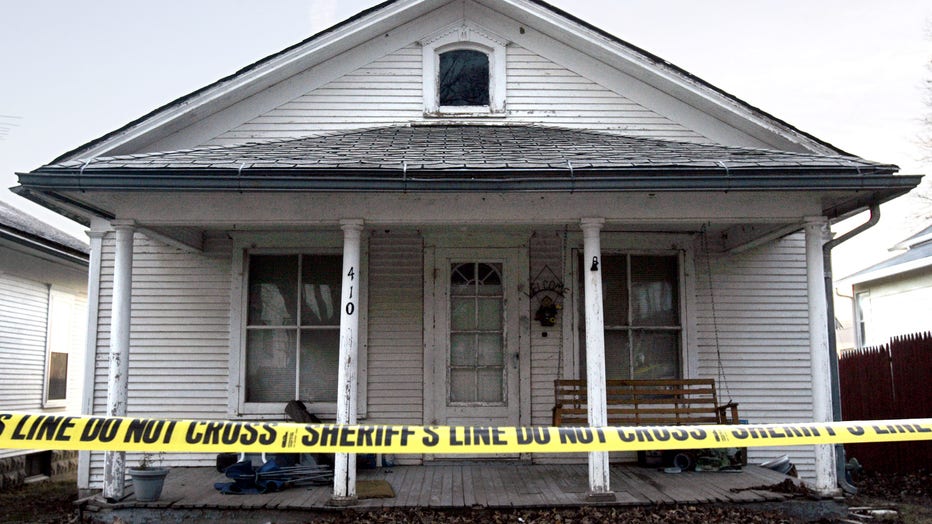 A police line outside the home of Zeb and Bobbi Jo Stinnett Dec. 20, 2004 in Skidmore, Missouri. (Photo by Larry W. Smith/Getty Images)

"As we walked across the threshold our Amber Alert was scrolling across the TV at that very moment," recalled Randy Strong, who was part of the northwest Missouri major case squad at the time.

He looked to his right and saw Montgomery holding the newborn and was awash in relief when she handed her over to law enforcement. The proceeding hours had been a blur in which he photographed Stinnett’s body and spent a sleepless night looking for clues — unsure of whether the baby was dead or alive and no idea what she looked like.

But then tips began arriving about Montgomery, who had a history of faking pregnancies and suddenly had a baby. Strong, now the sheriff of Nodaway County, where the killing happened, hoped in an unmarked car with another officer. He learned while en route that the email address fischer4kids@hotmail.com that was used to set up the deadly meeting with Stinnett had been sent from a dial-up connection at Montgomery’s home.

"I absolutely knew I was walking into the killer's home," recalled Strong, saying rat terriers ran around his feet as he approached her house. Like Stinnett, Montgomery also raised rat terriers. 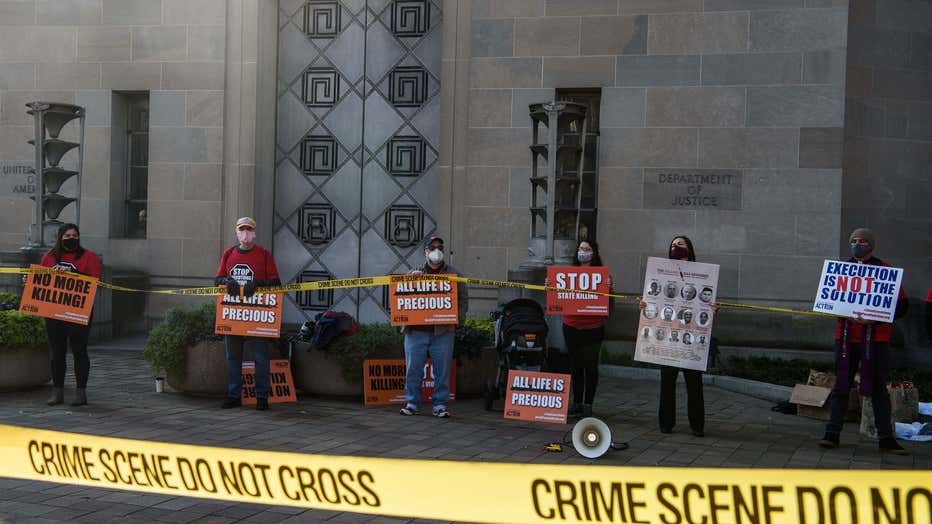 Demonstrators protest federal executions of death row inmates in front of the US Justice Department in Washington, DC, on Dec. 10, 2020. (Photo by NICHOLAS KAMM/AFP via Getty Images)

Prosecutors said her motive was that her ex-husband knew she had undergone a tubal ligation that made her sterile and planned to reveal she was lying about being pregnant in an effort to get custody of two of their four children. Needing a baby before a fast-approaching court date, Montgomery turned her focus on Stinnett, whom she had met at dog shows.

Montgomery’s lawyers, though, have argued that sexual abuse during Montgomery’s childhood led to mental illness. Her stepfather denied the sexual abuse in videotaped testimony and said he didn’t have a good memory when confronted with a transcript of a divorce proceeding in which he admitted some physical abuse. Her mother testified that she never filed a police complaint because he had threatened her and her children.

But the jurors who heard the case, some crying through the gruesome testimony, disregarded the defense in convicting her of kidnapping resulting in death.

Prosecutors argued that Stinnett regained consciousness and tried to defend herself as Montgomery used a kitchen knife to cut the baby girl from her womb. Later that day, Montgomery called her husband to pick her up in the parking lot of a Long John Silver’s in Topeka, Kansas, telling him she had delivered the baby earlier in the day at a nearby birthing center.

She eventually confessed, and the rope and bloody knife used to kill Stinnett were found in her car. A search of her computer showed she used it to research caesareans and order a birthing kit.

Stinnett’s husband, Zeb, told jurors his world "crashed to an end" when he learned his wife was dead. He said he didn’t return for months to the couple’s home in Skidmore, a small farming community that earlier gained notoriety after the 1981 slaying of town bully Ken Rex McElroy in front of a crowd of people who refused to implicate the killer or killers. That crime was chronicled in a book, "In Broad Daylight," as well as a TV movie, the film "Without Mercy" and the miniseries "No One Saw a Thing."

Recently, on Victoria Jo’s birthday, he sent Strong, the sheriff, a message through Facebook Messenger thanking him.

"I just wept," Strong recalled. "He is going to constantly be reminded of this whether in his nightmares or somebody is going to call and want to interview him. The family doesn’t want to be interviewed. They want to be left alone. The community of Skidmore has had a troubling past and history. They didn’t want this. They didn’t deserve this."

Montgomery originally was scheduled to be put to death on Dec. 8. But the execution was temporarily blocked after her attorneys contracted the coronavirus visiting her in prison.

The resumption of federal executions after a 17-year pause started on July 14. Anti-death penalty groups said President Donald Trump was pushing for executions prior to the November election in a cynical bid to burnish a reputation a law-and-order leader.

U.S. officials have portrayed the executions as bringing long-delayed justice for victims and their families.