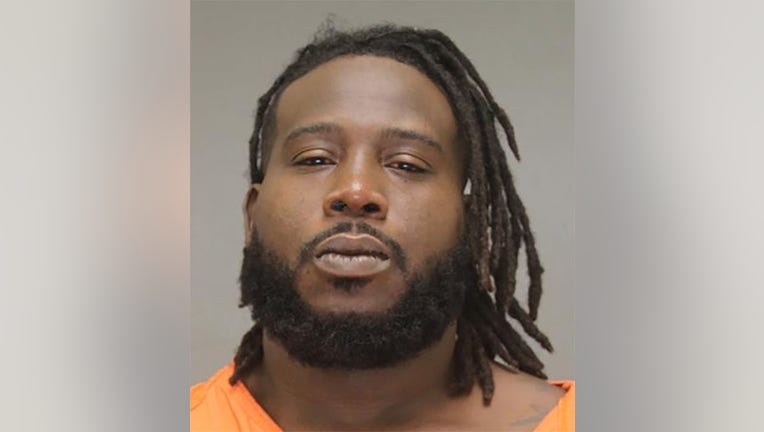 According to a criminal complaint, a Green Bay police officer was on patrol and added himself to the incident call because he recognized Guion's name and knew the former player to be a large man.

When officers arrived, the complaint states, they could hear a man yelling inside a house. They approached the front door, but Guion slammed it shut and told police he was "ranting to himself in his own house." He did not let officers inside at first.

The complaint states officers drew their guns and Tasers, instructing Guion to exit the house. He was "hesitant" to come outside and became "agitated" and "angry" with officers when they said they needed to go inside and make sure no one was hurt.

Guion did later cooperate and was placed in two sets of handcuffs due to his size; he is listed as 6'4" tall and 320 pounds of "mostly muscle" according to the complaint. Once in the squad car, the complaint states he was was visibly emotional and said "I lost it a little bit" after he was in the face by a door and his tooth broke. He later said he "blacked out" and that he and the victim had been "drinking all night."

While speaking to police, the complaint states Guion made comments about being a football player and a "(expletive) animal." Guion also said, according to the complaint, that he did not know what he had done, again saying he had blacked out.

Police spoke to a witness who said they heard Guion "screaming at the top of his lungs" around 2:30 a.m. The witness said they later heard Guion yelling things like "you always do this" and "you always act like this." According to the complaint, the witness heard Guion yell something like "you made me do this, you hit me with the door, you provoked me." The witness also saw Guion throwing things around, later picking up the victim over his shoulders and throwing her.

Police spoke to another individual, who said, according to the complaint, that they saw Guion throw the victim and repeatedly scream "get your (expletive) up."

Officers later spoke to the victim. The victim said Guion had been throwing her around the house. When speaking to the victim, the complaint states, she was "incoherent due to her injuries."

The victim had a fracture and another injury to her face. She said would be willing to give a statement, but did not remember anything that happened.

Guion is charged with substantial battery and disorderly conduct. He was scheduled for an initial court appearance on Sept. 27.

A defensive lineman, Guion played the final three seasons of his career with the Packers, most recently in 2016. He started 35 of 44 games played.

A 25-year-old Milwaukee man was shot and wounded in the city's Riverwest neighborhood on Tuesday morning, Sept. 28.

A 29-year-old man from Minnesota was taken into custody in Racine County on Saturday, Sept. 25 after marijuana was found in his vehicle during a traffic stop.

While authorities were searching for the suspect, a report of an active shooter threat was issued at the school.