SAFETY HARBOR, Fla. - Wayne and Marilyn Thibeau's love story has stood the test of time. The Titusville, Florida couple met when they were teens and have lived a life focused on faith and family – for nearly 65 years.

Together to the end, video of the couple in hospice, sharing their final moments, has touched thousands online. Their love and commitment to one another is inspiring total strangers to live their own lives with love. 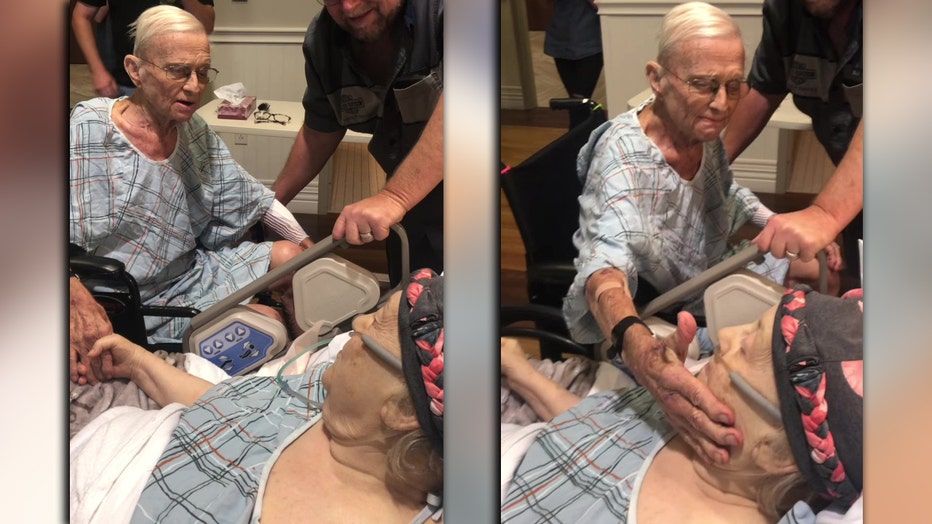 Wayne Thibeau in the hospice room of his wife of 65 years, Marilyn, before her death. He died 11 days later.

Wayne, 84, is wheeled into the room of his bride, 85-year-old Marilyn, at St. Francis Reflections Lifestage Care. Wayne holds her hand at her bedside and stares into her eyes.

"I love you. Who would have ever believed that we’d be in this situation?" he asked. "It’s OK, honey. Heaven’s looking for us, right?"

Sitting in his wheelchair he said, "it’s a little awkward, I can’t reach you to kiss you." 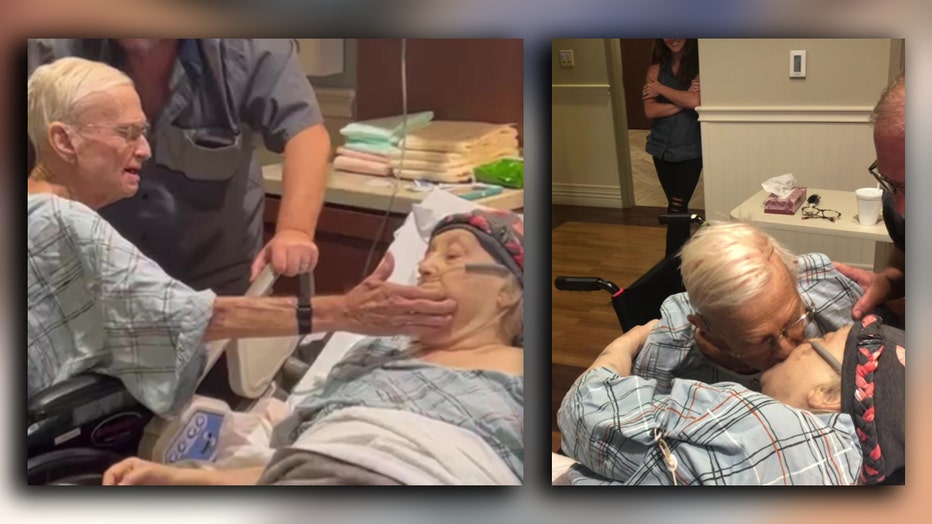 Photo: Wayne Thibeau embraces his wife of 65 years, Marilyn, while in hospice in Florida

In a room surrounded by their family, one of his sons suggested he blow her a kiss, and he did.

The video is proof that, even in their final moments, their love was as strong as the day they first met.

Two of their 15 grandchildren live in Safety Harbor and said that love is the legacy their grandparents leave behind.

"He was very worried about her," granddaughter Kristyn Dow said. "He wanted to know that she was doing OK. One of the questions he wanted to know was, ‘Can she still smile?’"

Dow and her younger sister, Shanae Graham, reflected on the life their grandparents lived.

Graham said, "Our family, we’re originally from Maine. We’re third-generation potato farmers, so they met at 16 or 17 years old." 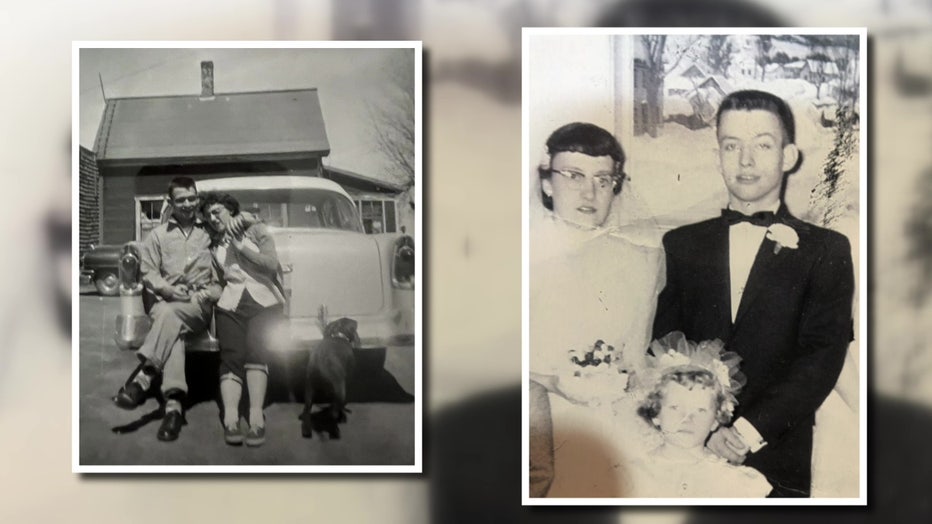 "They hit it off, and they’ve been married for 65 years. They had their anniversary in May, and they knew how to love and stay married," Dow added.

The sisters say they learned a lot about life, loyalty and love simply by watching how their grandparents lived. 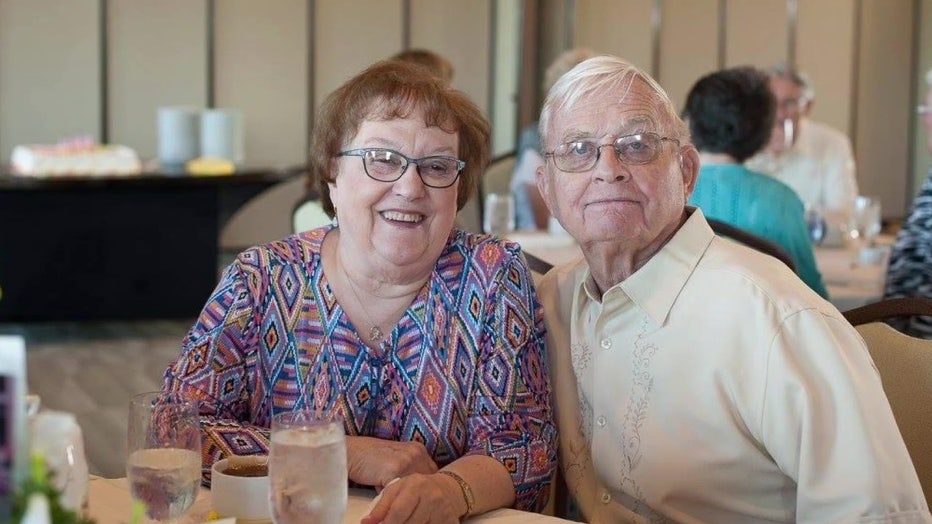 Family photo: Marilyn and Wayne Thibeau celebrated life and love at every turn

"It matters. It was one of our gramps' favorite sayings. He had a lot of one-liners and witty things that he would say, and it was just about faith and family. That was what mattered most to him and especially as he was transitioning, he would say it a lot to us. Everything matters, essentially, you matter" explained the sisters. 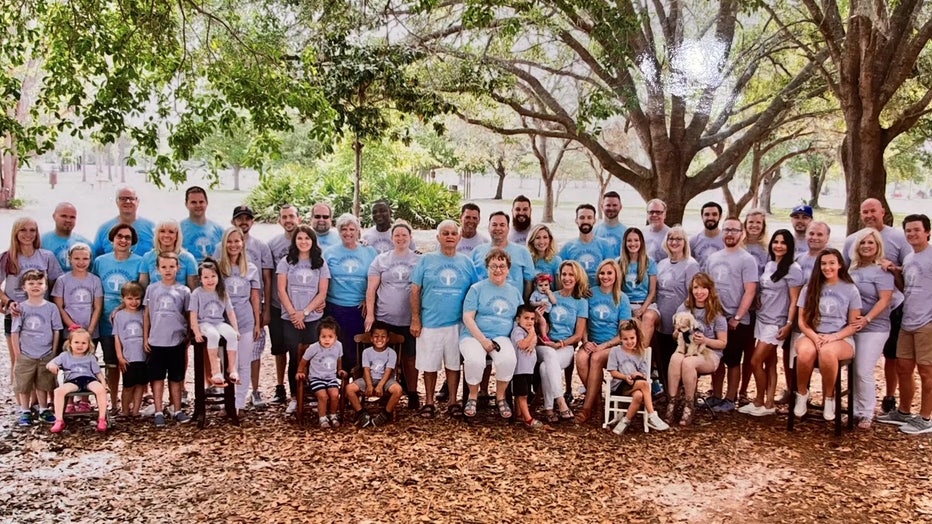 Wayne was diagnosed with cancer 10 years ago. The family said it’s a miracle he lived as long as he did. He was in hospice in Titusville for about a week before Marilyn left the nursing home she was in to join him.

Dow said her grandmother didn’t want to be without him.

"She was there for only two days, and she passed. Gramp told her that he wanted to wait. He was going to wait for her and that he’d meet her at the pearly gates, and it was only 12 days later that he went to be with Jesus, too. The joke is that he wanted a few days without her telling him what to do," laughed the sisters.

It was humor that helped carry them through life.

The family plans to hold a ceremony in Maine at the lake house they’ve named the Legacy Lodge, in their honor.