There are no lifeguards on duty at Milwaukee County beaches due to a lack of returning lifeguards with open water experience. Safety educators are worried.

MILWAUKEE - Beaches were packed along the lakefront throughout Memorial Day weekend.

The surf on the Great Lakes can flip like a switch. Nearly all of Wisconsin's Lake Michigan shoreline was under a moderate or high risk for swimming and rip currents.

"Even when you look up the weather, it says life-threatening waves," Greenfield resident Megan Salaty said of rip currents.

Despite overcast skies Tuesday, warm weather drew a dozen or so high school seniors to Bradford Beach in celebration of the end of the year. A brave few even ventured into the cold waves.

Water safety educators, though, say they are worried because there are no lifeguards on duty at Milwaukee County beaches due to a lack of returning lifeguards who have open water experience. Warnings indicate as much. 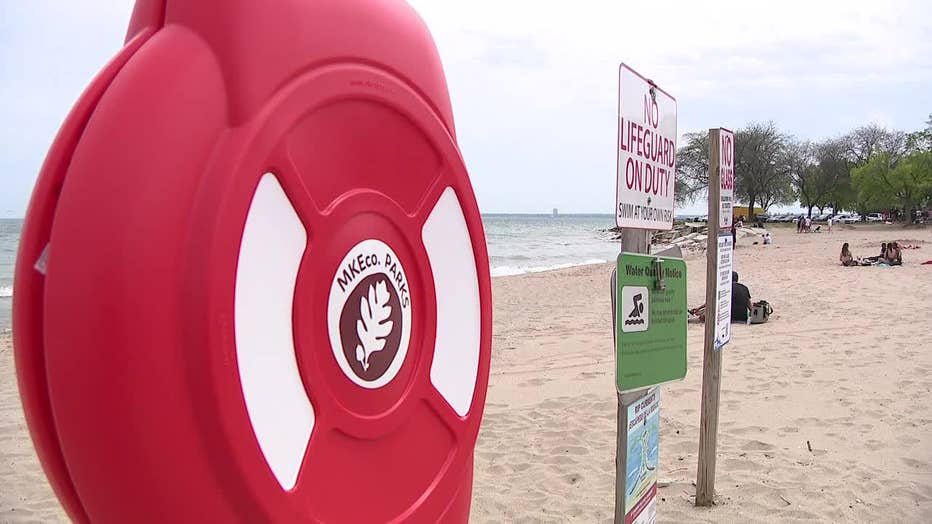 "No Lifeguard On Duty" warning at Milwaukee County beach

"We believe these ‘swim at your own risk’ signs should be replaced with a more accurate sign," said the Great Lakes Surf Rescue Project's Dave Benjamin.

For example, that entering the water can cause serious injury or death – something Benjamin said would put "people on notice." As of last week, there were 25 possible drownings in the Great Lakes, according to numbers tracked by the organization.

Fencing remains up around McKinley Beach, which is closed for yet another year after several drownings. Milwaukee County Supervisor Sheldon Wasserman said one solution to decrease rip currents is to add sand – decreasing the water's depth – but that would take time and money.

"It’s a dangerous spot, and especially for those who don’t know how to swim," he said.

Wasserman is worried that, despite being closed, it is still a dangerous draw for those who wish to cool off as the summer starts to heat up. 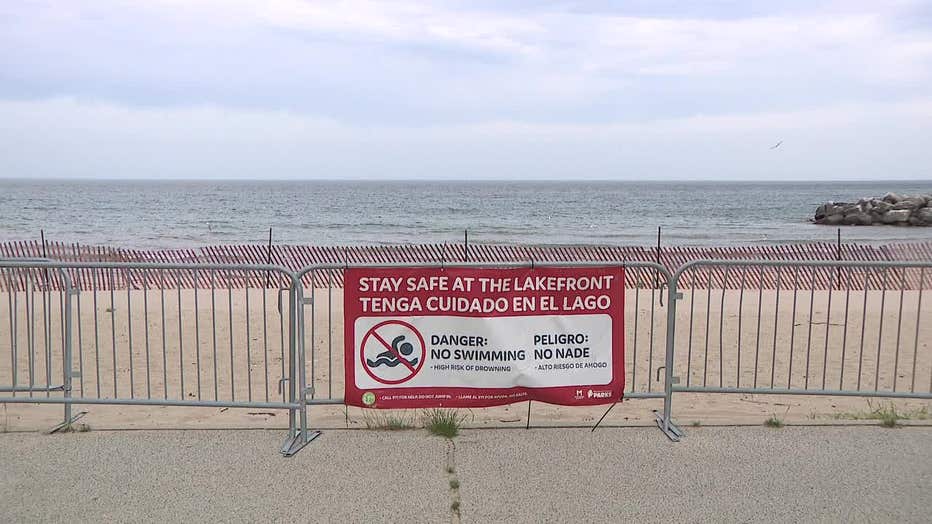 If we are on fire, we all know what to do: stop, drop and roll. It has been engrained in people's minds to the point of becoming common sense. When it comes to knowing what to do while struggling in the water, it may not be second nature.

Benjamin said, just as "stop, drop and roll" is second nature, so too should be "flip, float and follow." That is, flip onto your back, float to keep your head above water and follow the current to see where it is taking you – then swim perpendicular to it to get out or signal for help.