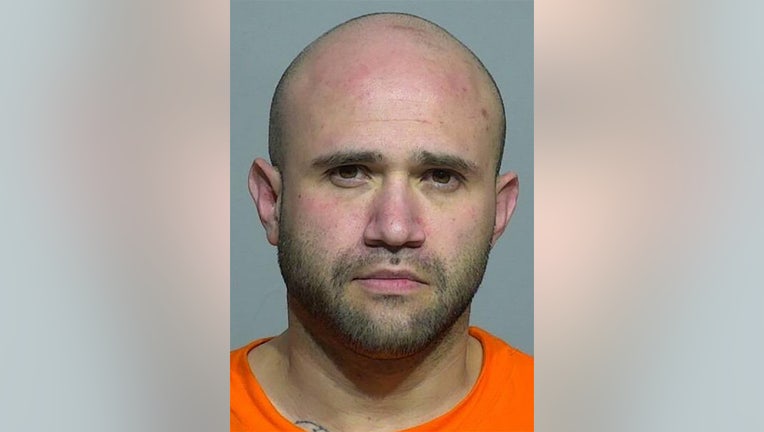 MILWAUKEE - A 36-year-old Milwaukee man faces multiple charges following the alleged sexual assault of a woman – and an hours-long standoff with tactical police. The accused is Jesus Rangel – and he faces the following criminal counts:

According to the criminal complaint, Milwaukee officers received a complaint from a woman who stated the defendant sexually assaulted her in the early hours of Sunday, May 15. The woman stated Rangel requested to speak with her – and they met. The complaint says after the meeting, Rangel requested to be driven to a gas station -- and that they drove to two separate gas stations. At this point, the complaint says "the defendant began acting strange and paranoid."

Five days later, Milwaukee police located the defendant at an address on the city's south side. When officers identified themselves, the complaint says Rangel "threatened to kill officers and himself. The defendant then began to break household furniture items and throw them down the stairs."

The Tactical Enforcement Unit (TEU) was dispatched to the scene to assist. TEU officers attempted to establish a rapport with Rangel. The complaint says he then "poured a large amount of flammable liquid on the staircase and threatened to burn the house down."

Roughly three hours after the TEU's arrive on the scene, the complaint says "chemical munitions were deployed" which led to officers placing the defendant in custody. Directly next to the defendant, officers observed a handgun that matched the description of the weapon used in the earlier assaults.

Rangel made his initial appearance in Milwaukee County court by video on Friday, May 27. Cash bond was set at $100,000. Rangel is due back in court for a preliminary hearing on June 6.