Storm leaves damage behind in Kewaskum

For homeowners in Washington County plans on Sunday afternoon, Aug. 8 were dashed by the severe storms. Heavy winds brought trees and power lines down across Kewaskum.

KEWASKUM, Wis. - For homeowners in Washington County, plans on Sunday afternoon, Aug. 8 were dashed by the severe storms. Heavy winds brought trees and power lines down across Kewaskum.

This storm was a little deceptive. It dropped a lot of rain in a short period of time, and the winds were strong, dropping branches across the area. It didn't sound as bad as the damage would show, with cleanup getting underway quickly.

Within a matter of minutes, an easy-going Sunday afternoon in Kewaskum turned into so much more, from a downpour and a steady mix of thunder and lightning to heavy winds, but even under those conditions, a walk outside for Peggy Timm and a few of her neighbors revealed a lot more damage than expected. 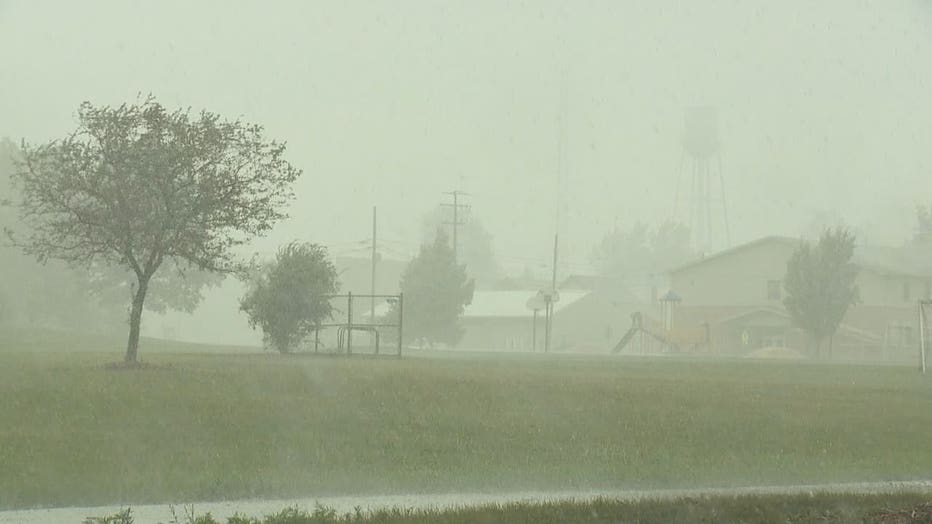 "It didn't look too bad, and it's like, when we got home, it even looked like it was to the south of us," said Timm. "Didn't look like it was all that bad."

A tree just off their front porch suddenly split and just barely missed the house, making for a light afternoon's work to clear the sidewalk. 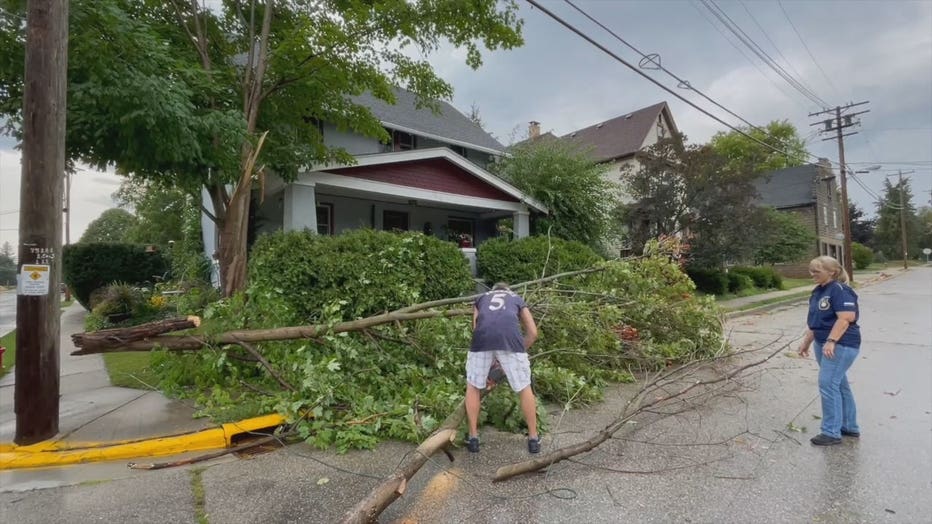 "You know, it's definitely concerning, of course, you know, but we're quite lucky that it didn't cause any damage other than the tree," said Timm. "We love our trees. We hate to see one have damage to it, but it could've been way, way worse."

Their power remained on, while others weren't as lucky. Winds tipped over power poles along Highway H near Highland Drive, adding to the backyard cleanup for Carl Crass.

"The sooner they get it on would be nice, but obviously, it might take them a little while," said Crass. "I don't know how long it will take because all the poles snapped." 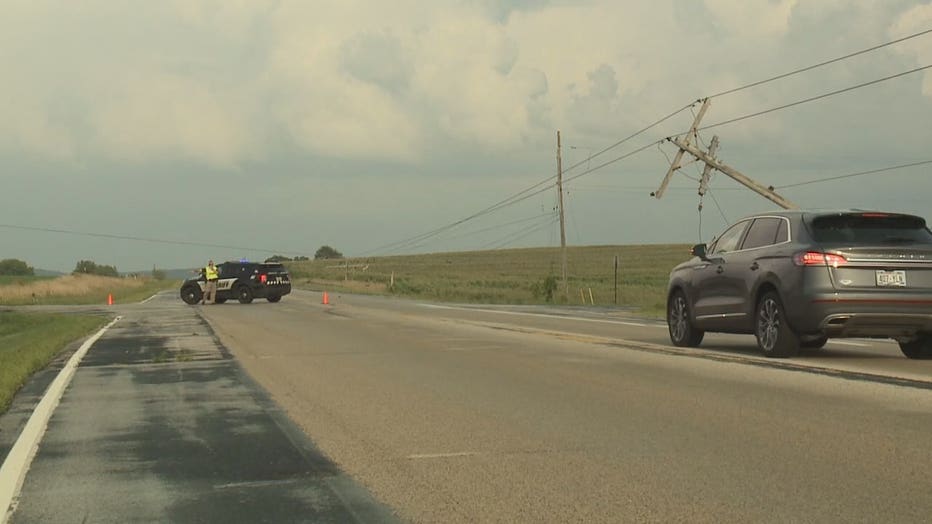 Everyone in town said they're grateful this storm wasn't worse and just required a little extra work to get back up and running.

"Probably tomorrow, I'll have to get a chainsaw out and cut 'er up, clean it up and get a new pool," said Crass.

At its peak, the We Energies Outage Map reported nearly 900 customers without power.

Tornado near Boscobel, no injuries reported

Residents of Grant County are cleaning up debris Sunday after a tornado touched down near Boscobel destroying or damaging homes and farm outbuildings.