Chief Daniel Miskinis found himself in the national spotlight in August, responding to the police shooting of Jacob Blake and the unrest that followed.

Miskinis found himself in the national spotlight in August, responding to the police shooting of Jacob Blake and the unrest that followed.

City Administrator John Morrisey hopes August 2020 is not all Miskinis is remembered for. He said Miskinis told the city back in April 2016 when he was hired as chief that it was a five-year commitment.

"It’s unfortunate, I believe that there are individuals who will judge his time as chief based on one incident," said Morrisey. 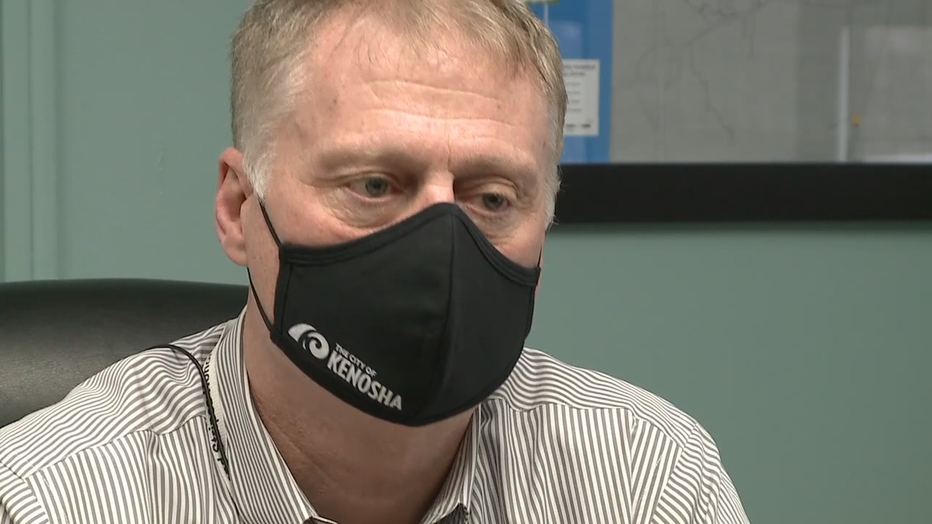 In an email to city staff, Miskinis said he will be retiring once that five-year period is up at the end of April, saying in part "it is a department that has been my home for nearly 25 years of my law enforcement career that began in the '80s. It is a department to be proud of and one I will miss."

"He held that department together, so he deserves a lot more credit than I think some will give him," Morrisey said. 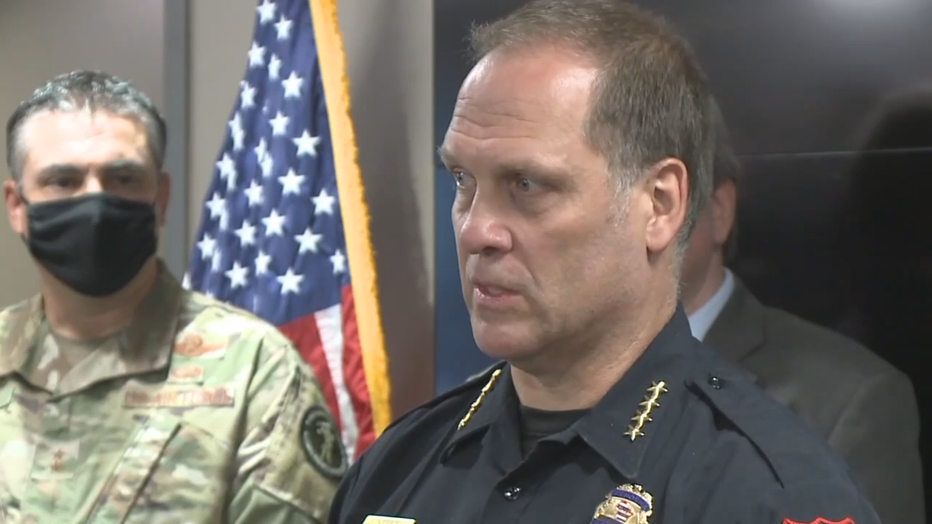 The community group Leaders of Kenosha is one that has been calling for Miskinis to resign.

The group gathered outside the Kenosha County Courthouse on Friday, Feb. 12 in response to the latest developments in the Rittenhouse case. They continue to call for changes both in the court system and in the police department. 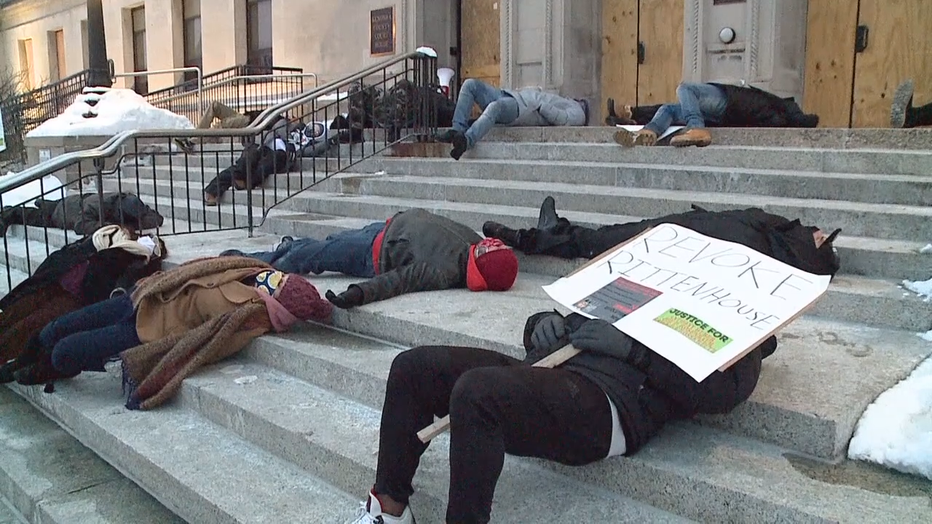 The group Leaders of Kenosha holds a demonstration outside of the Kenosha County Courthouse on Feb. 12, 2021.

"Based on his conduct in the police department, we have wanted him gone for some time even before all this happened," said Erica Ness, Leaders of Kenosha director of community engagement.

Morrisey said the plan is to appoint Deputy Chief Eric Larson as the interim chief and then conduct a nationwide search to permanently fill the position.

Email from Miskinis to city administration, alderpersons and Fire and Police Commission:

"Last week I notified Mayor Antaramian that I would be retiring at the end of April. When I was appointed to the position of Police Chief I gave a 5 year commitment, which has rapidly passed.

"I remain committed to public safety and will work with City administration to see that department leadership transition is smooth. I have absolute trust in the men and women of the KPD and know that they will continue to bravely serve the community and will remain committed to our mission and striving for excellence."

The agency's document is guidance and states that strict mask-wearing and social distancing would be necessary for a safe return to the classroom.

Police said Friday, Feb. 12 that two women and two juveniles will be referred to the Milwaukee County District Attorney's Office for charging.

It's always a surprise when you're pulled over, but not sure she saw this coming.