KENOSHA, Wis. - A Kenosha woman is charged with multiple counts after allegedly pointing a gun at a man in a school parking lot on Monday afternoon, March 21.

Kenosha police tweeted out on Tuesday morning, March 22 that a 36-year-old woman – since identified as Amber Arnold – was arrested on Monday. There were no injuries.

A criminal complaint states police were called to the Mahone Middle School near 60th Street and 68th Avenue around 3:25 p.m. on Monday. The person who called police informed dispatch that a woman, since identified as Arnold, had pointed a gun at him.

The complaint states the man was sitting in his car in the student pickup line when the incident began. He told police that an SUV almost hit his car and parked in the crosswalk in front of him.

The man told the driver, since identified as Arnold that she could not park there and that she almost hit him. She said she would only be a minute, to which the man answered that he didn't care because she almost hit him, according to the complaint. Arnold said something that the man "could not understand," and he again told her to move her car.

Arnold then told the man, according to his statements in the complaint: "You will care when I shoot you." She then allegedly opened her door, pulled out a "small silver hand gun" and pointed it at him. She then got back in her car and drove off. The man took pictures of Arnold's license plates and sent them to police.

A witness told police that they saw the driver of the SUV, since identified as Arnold, park "on an angle" at the school and a confrontation begin between her and the man. The witness said she saw Arnold say she would shoot the man and point a gun at him before using profanity and driving away. 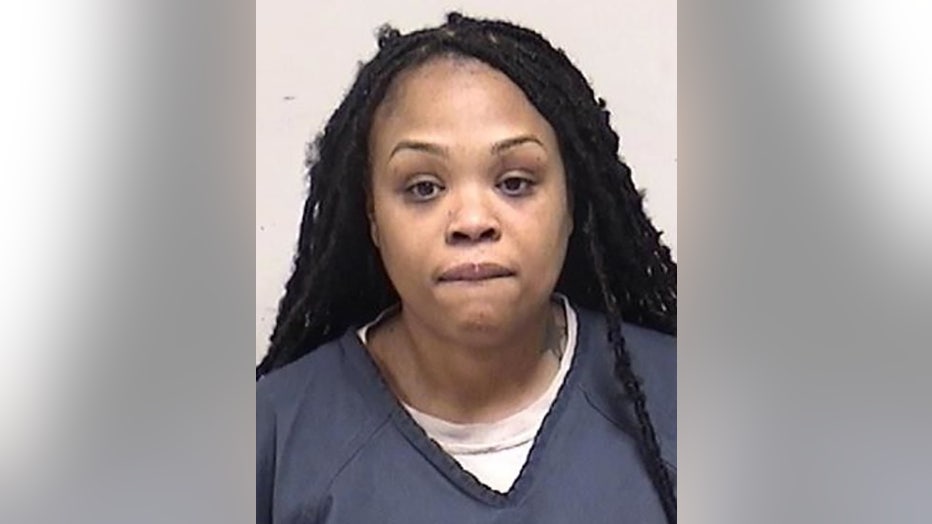 The school's principal said she had met with Arnold earlier in the day and provided surveillance footage of the incident. In the footage, the complaint states, Arnold was seen interacting with a man who was parked behind her and could be seen reaching for and retrieving an "object" before taking a "shooter style stance" and pointing the object at the man – then driving off.

Arnold was taken into custody at her home, officials say. There, the complaint states, Arnold told police that the gun in question "was a toy" and that the man threatened to "lynch" her and her daughter and used a racial slur. She also said that she had a concealed carry permit. When officer informed her that she was under arrest, she allegedly tried to close the door on officers and refused to place her hands behind her back.

A search of Arnold's apartment, the complaint states, led to the discovery of a handgun "in plain view on top of a purse" in her SUV. A holster was on the floor of the SUV. 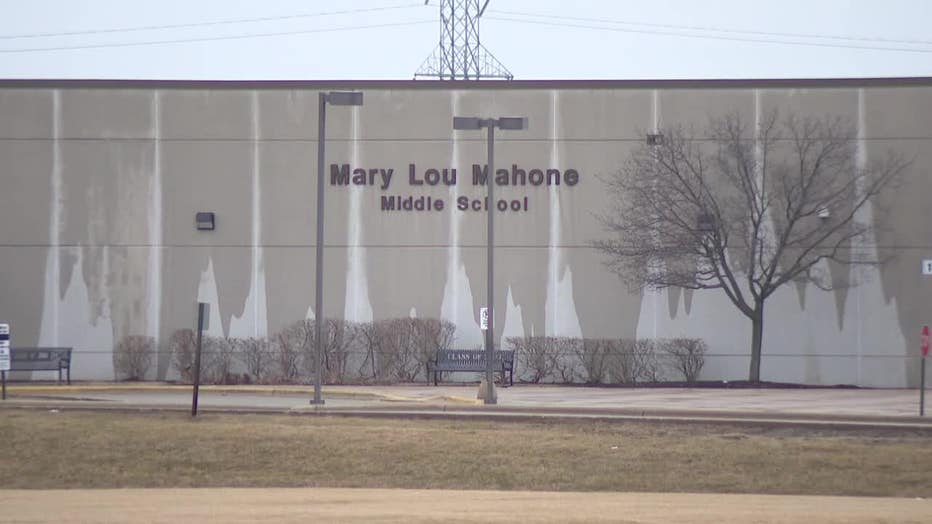 While in jail, the complaint states, Arnold allegedly questioned her charges and said she had a "nerf gun" and only had the handgun in her car because "she was going to a shooting range." Officers informed her that only Nerf gun they found was mostly orange, which contradicted the description of a silver gun given by the man at the school.

Arnold is charged with possession of a firearm on school grounds, pointing a firearm at another person, disorderly conduct (use of a dangerous weapon) and resisting an officer. She has been ordered to have no contact with witnesses in the case or the school where it unfolded.

"I understand they are allegation, but this is highly disturbing," a court commissioner said Tuesday.

Arnold made an initial court appearance on Tuesday. She is due back in court on March 29.

Her attorney argued for a lesser bail amount, but the court sided with the state and set it at $3,000.

FOX6 News reached out to Arnold's attorney for comment on the charges, but has not heard back.

An investigation is underway after shots were fired from a fleeing vehicle during a police pursuit Tuesday morning, March 22 in Cudahy.