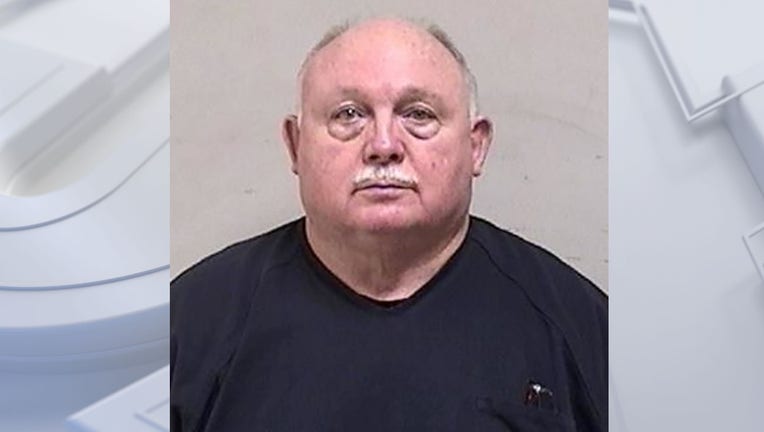 KENOSHA, Wis. - A 74-year-old Kenosha man is accused of threatening a man with a gun over owed rent money. The accused is Patrick Leese -- and he faces the following criminal counts:

According to the criminal complaint, Kenosha police took a report on Sunday, Feb. 21 from a man who lives near 56th and Pershing in Kenosha. He indicated "his roommate (Patrick Leese) pointed a gun at him and threatened him." The complaint says on Sunday morning, "Leese came into the kitchen yelling at him about money that he owed him. (The man) said he explained to Leese that he did not have any money now but he would pay him money owed for rent when he gets paid." The man told police "Leese was yelling, using profanities and making threats to shoot (the man)."

The complaint indicates the man was in the kitchen with his son -- and they went upstairs to get away from Leese. That is when the complaint says Leese "came to his bedroom door and yelled, 'You better open the door or I'll shoot through it.'" When the man opened the door, the complaint says "Leese pointed a black semi-auto handgun at his forehead with the end of the barrel touching (the man's) forehead." At that point, the man told Leese he would pay him -- and left the residence.

When Leese spoke with a detective, he said the man "was pushing him and he was in possession of his gun for protection, but he never pointed it at him," the complaint says. Officers were able to locate a pistol at the residence.

Leese made his initial appearance in Kenosha County court on Monday, Feb. 22. Cash bond was set at $1,500. He is due back in court for a preliminary hearing on March 3.

Shavale Powell of Racine is accused in the death of his son -- a child that was just 39 days old.