According to the Great Lakes Surf Rescue Project (GLSRP), police, fire and dive team personnel were called out after 3 p.m.

The first call was for two kids around the age of 10 who were on paddle boards and unable to get back to shore off of J.F. Kennedy Park, GLSRP said.

Later, GLSRP said, it was reported that two kids were in the water, unable to get to shore, roughly a half-mile south off of Simmons Island Park. 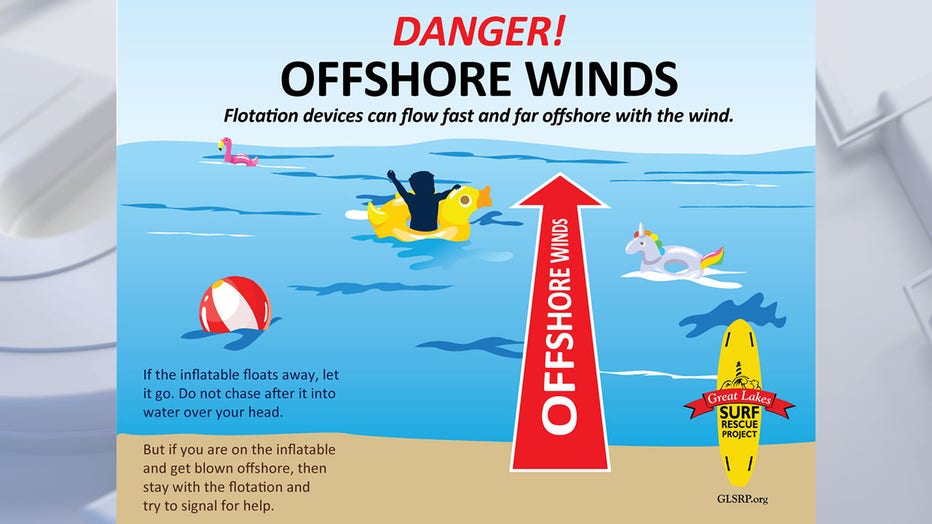 "Offshore winds are winds that are blowing from the land out to open water,'' said Dave Benjamin, GLSRP's executive director. "The water along the shoreline is deceptively calm, but anything that floats can be blown fast and far offshore - even things that float with people on them."

GLSRP said offshore winds can cause flotation devices to quickly float far away from shore. Anyone on a flotation device should stay on it if they drift too far from shore and try to signal for help. Any inflatable toys or floats should not be chased after if the water goes over one's head.