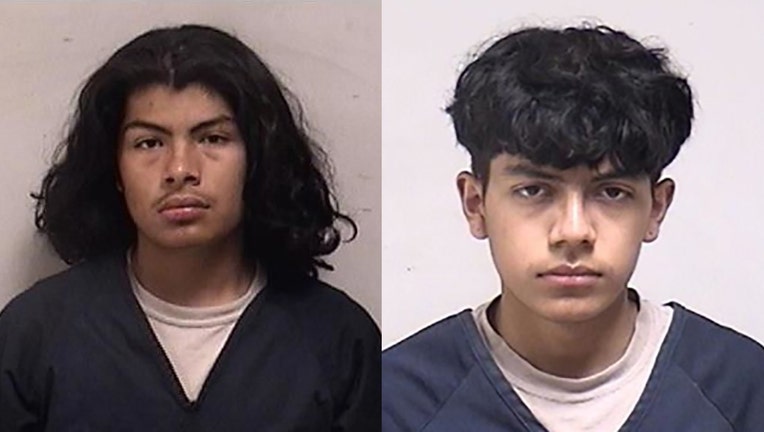 KENOSHA, Wis. - Victor Ramos Jr., 19, of Kenosha has been charged with first-degree intentional homicide for a July shooting.

On July 29, police were dispatched to a grocery store near 52nd Street and 19th Avenue for a reported shooting. There, police spoke to a woman who said a man had run inside yelling for someone to call 911 before he collapsed to the floor.

Officers located the man and attempted life-saving measures – observing two gunshot wounds to his torso. Medical units arrived and took over those measures. However, the victim ultimately died of his injuries. An autopsy determined the cause of death to be three gunshot wounds, which penetrated the lung, heart and other organs.

A criminal complaint states that officers spoke to the victim's family. They said he had been seen within an hour of the shooting and had gone to ride a moped to kill time around dinner. He was shot on the moped near the grocery store.

A witness said he saw the car pull up alongside the moped at the intersection at that time, too. There was an exchange of words, the witness said, and the moped driver tried to get something out of its storage compartment when the driver of the car fired three shots at the moped driver. The victim then grabbed his side and ran toward the store.

Police ran the license plates of the car involved, linking it to Victor Ramos Jr. Officers went to the address tied to the vehicle's registration and saw the car outside. The complaint states a white car pulled up while they were there, and Ramos Jr. came outside – at which point police tried to intercept him.

The complaint states Ramos Jr. did not follow officers' commands to put his hands up and get out of the car, indicating he was "immediately confrontational." Ramos Jr. then tried to run, and a foot pursuit ensued – going through yards until it reached a fence. There, police say, Ramos Jr. tossed something over the fence and was arrested. The item thrown over the fence was a gun. Ballistics testing matched the gun to a casing recovered at the shooting scene. Officers later found matching casings inside the suspect's car.

In an interview with police regarding the incident, Ramos Jr. said he was driving the car in question that day but had only been to a funeral and to a friend's grandmother's house. His phone was seized and searched, the complaint states, which showed his specific locations throughout the day; at the time of the shooting, it placed him at 52nd and 19th.

While searching the phone, the complaint states Ramos Jr. contacted his brother, Dante, indicated that the car was "hot," he had a weapon and needed a ride so that he wouldn't be in the car with the weapon in his possession. Officers also identified correspondence with another person that appeared to have knowledge of the situation. In that correspondence, the person appears to be texting Dante Ramos questions about what had happened.

A Kenosha man is charged with resisting an officer, battery to a law enforcement officer, hit-and-run and operating while intoxicated.