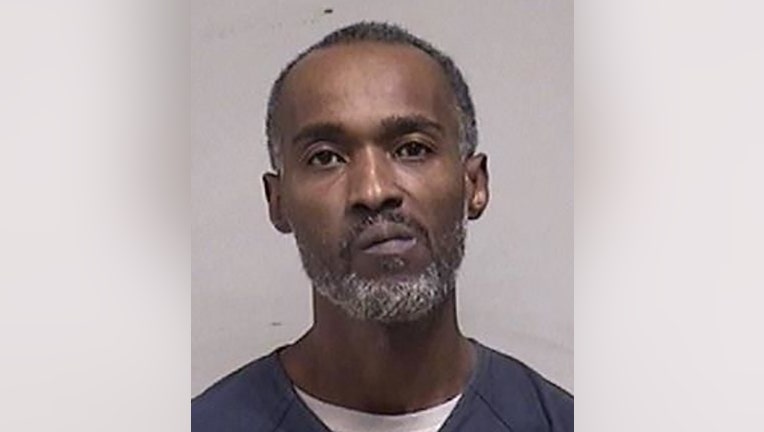 KENOSHA, Wis. - Laquonzia Murray, 45, of Kenosha is charged with nine counts, including possession with intent to deliver cocaine, related to a July search of his apartment.

According to a criminal complaint, Kenosha police were contacted by a confidential source on July 23 – reporting that Murray was selling narcotics from his apartment near 36th Avenue and 50th Street, a few blocks from an elementary school.

After another call, officers went to the area of Murray's residence and followed up on a report that he was sitting in a car playing loud music. When officers approached that car, the complaint states, it was unoccupied with 12 open bottles of beer and a gun resting on the center console. The items were in plain view from the exterior of the car, police said.

Two people began bringing a wheel out to the parked car, the complaint states. Officers asked if it was their car, but they said they were bringing the wheel out for a friend. While speaking to the people, officers stated they saw a person standing in a window. That man later came out, identified as Murray, and said to an officer, "We good. They're just bringing that to my car." Officers patted Murray down for weapons.

When officers told Murray to put his hands behind his back, according to the complaint, he refused multiple times and resisted attempts by officers to handcuff him. He was arrested and taken to the Kenosha County Jail.

Officers later did a "protective sweep" of Murray's apartment for people before obtaining a search warrant. During the sweep, officers noted a weapon, cash and illegal substances throughout the apartment. Upon executing the search warrant, officers found more weapons, ammunition, cash and more substances. A notebook which appeared to be a ledger, digital scales and packaging materials were noted.

The substances tested positive for cocaine and THC.

Murray is charged with:

A preliminary hearing is scheduled for Aug. 6.

The complaint states Murray is a convicted felon and repeat drug offender. He was convicted of cocaine possession with intent to manufacture, deliver or sell in Tennessee in 2007.

At the time of his July arrest, Murray was out on bond for two different drug-related offenses – one in 2020, the other in April 2021.

A Kenosha woman is charged in connection with a string of arson incidents in late July. Prosecutors say one of the fires happened at a gas station. Some connected to the gas station said they're grateful for a good Samaritan who happened to be driving by and was able to help extinguish the fire.

A QAnon conspiracy believer charged with allegedly attacking two uniformed soldiers outside a federal facility in Pewaukee in March will plead guilty in the case, according to a plea agreement filed in Milwaukee federal court.