Man arrested for disorderly conduct at Kenosha County board meeting

A man was arrested for disorderly conduct during a Kenosha County Board of Supervisors meeting Tuesday night while the board was discussing two resolutions – one of them about weapon possession in Kenosha County buildings.

KENOSHA COUNTY - A man was arrested for disorderly conduct during a Kenosha County Board of Supervisors meeting Tuesday night, June, 21. The incident happened while the board was discussing two resolutions – one of them about weapon possession in Kenosha County buildings.

As board members considered a proposal to allow guns in certain Kenosha County buildings, Joel Trudell's public comment ended with his arrest.

An uproar of emotions played out at the Kenosha County Administration Building. 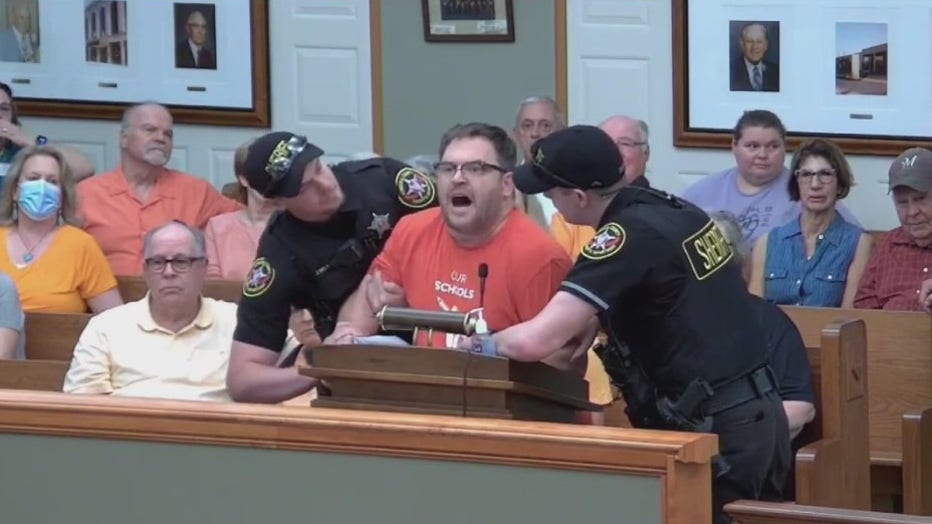 Trudell was not a fan of the proposal to allow people with concealed carry licenses to bring guns into Kenosha County buildings. Eventually, two deputies got involved. Video from the Kenosha News shows the deputies taking Trudell to the ground.

"I understand there can be sticky situations; however, the gentleman that we're speaking on was warned a number of times for heckling and incivility from the audience prior to ever reaching the podium," said Kenosha County Supervisor Amanda Nedweski.

When FOX6 News tried to get Trudell's side of the story, he refused to answer questions.

As for the meeting, it ended before any votes regarding guns in county buildings.