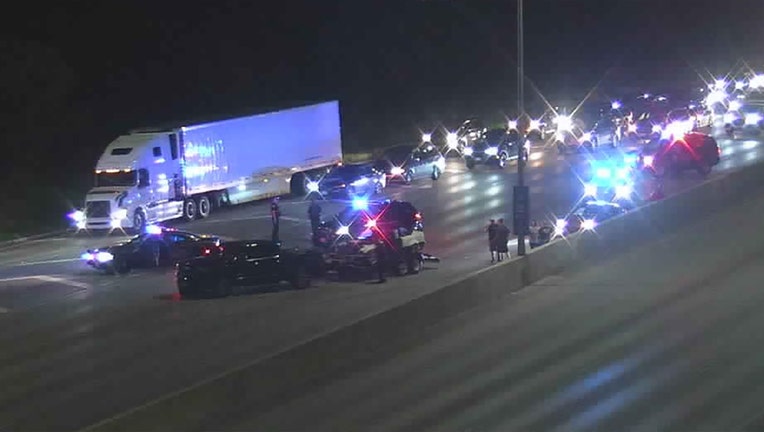 Crash on NB I-41 near Beloit Road (via WisDOT)

GREENFIELD, Wis. - All northbound lanes of I-41/894 were closed late Friday night, Aug. 13 due to a crash near Beloit Road in Greenfield. All lanes have reopened.

According to the Milwaukee County Sheriff's Office, a pickup truck pulling a small trailer with a vehicle on it was struck by another vehicle. A third vehicle was also involved.

No additional details have been released – including the cause of the crash or if any injuries were sustained.

Three people were seriously injured – including a child – in a Dodge County crash on Friday, Aug. 13.