Rockton fire officials reiterated their message that the fire is contained -- in large part due to the arrival of U.S. Fire Pump, a private industrial firefighting company.

ROCKTON, Ill. - Officials in northern Illinois are working to learn what chemicals residents may have been exposed to after a chemical plant caught fire in Rockton on Monday, June 14.

The fire produced thick plumes of black some over the area for more than 24 hours. Crews were out Wednesday collecting samples in neighborhoods near the Chemtool plant and hope to have test results back soon so residents can return to their homes.

Rockton fire officials reiterated their message Wednesday that the fire is contained, but hot spots are still burning. That is in large part due to the arrival of a private industrial firefighting company that is better equipped to respond to this type of incident. 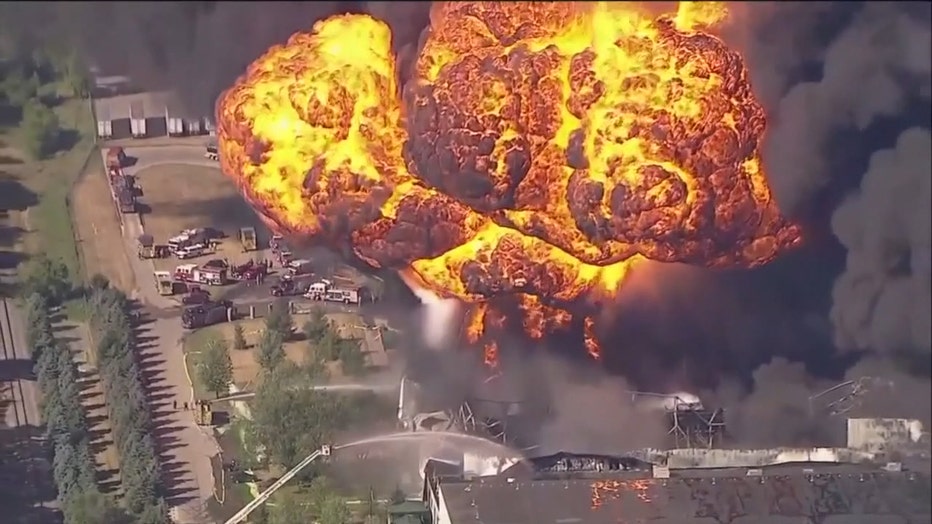 U.S. Fire Pump is based in Louisiana but was able to get its emergency response team to the Chemtool fire within three hours of the initial explosion.

The company has six storage facilities around the world – including one near Green Bay. Their industrial-grade foam at the ready, U.S. Fire Pump has really been most responsible for getting the massive fire under control. 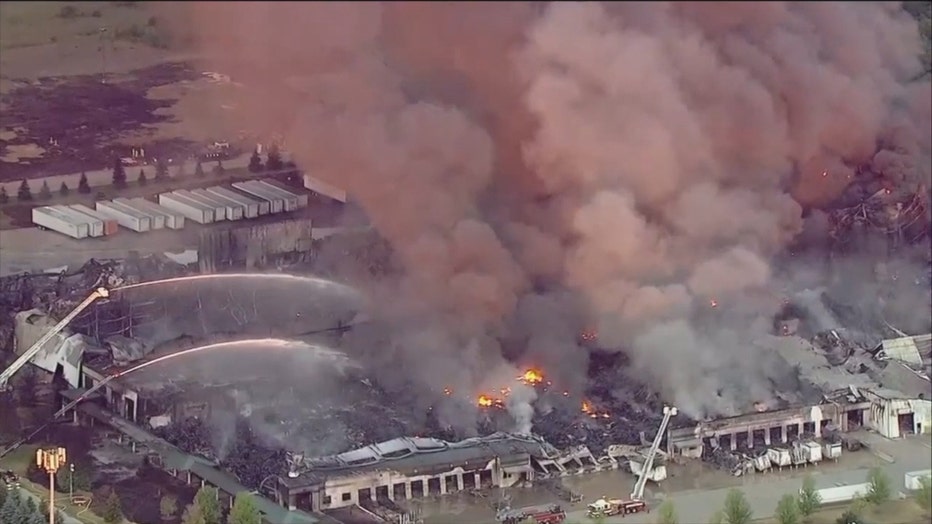 Day three of the firefight revealed new flames and pockets of sizeable smoke – still a fraction of the fire activity compared to the initial explosion and burn on Monday.

"For the most part, things are very positive, so we are making some headway," said Rockton Fire Chief Kirk Wilson.

And in nearly every news conference since U.S. Fire Pump's arrival, Wilson has been quick to credit their work.

"The industrial firefighting crew that is currently on scene is mitigating, and they are doing very well," Wilson said. 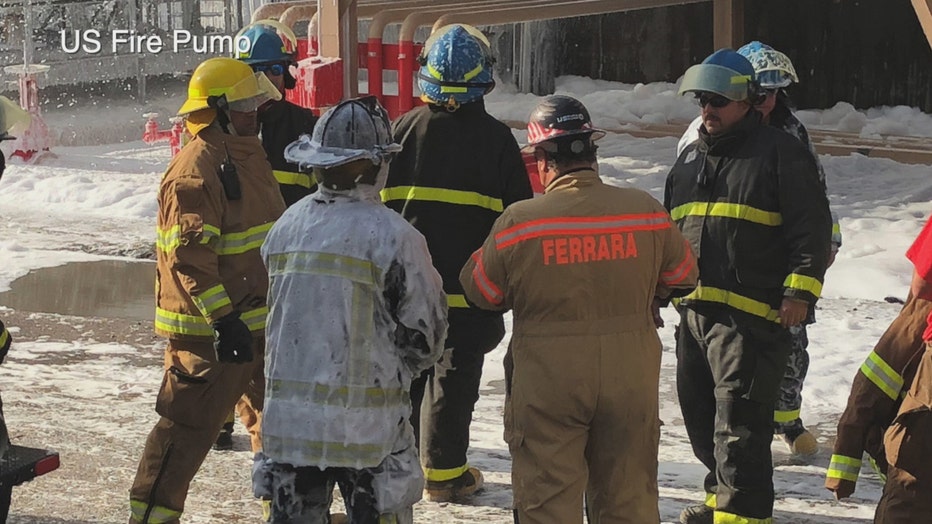 U.S. Fire Pump crews at the scene of a chemical plant fire in Rockton, Illinois.

Around-the-clock firefighting efforts continue from both municipal and private partners.

"Right now, on the ground, we have 27 firefighters including chiefs and what not. So, they're working hard and running through the night right now," said Jonny Carroll, a U.S. Fire Pump executive.

"It cools the fuel down and the surfaces around it that have been affected by the heat, and it also contains the release of the flammable vapors that are going into the air and into the environment," Carroll said. 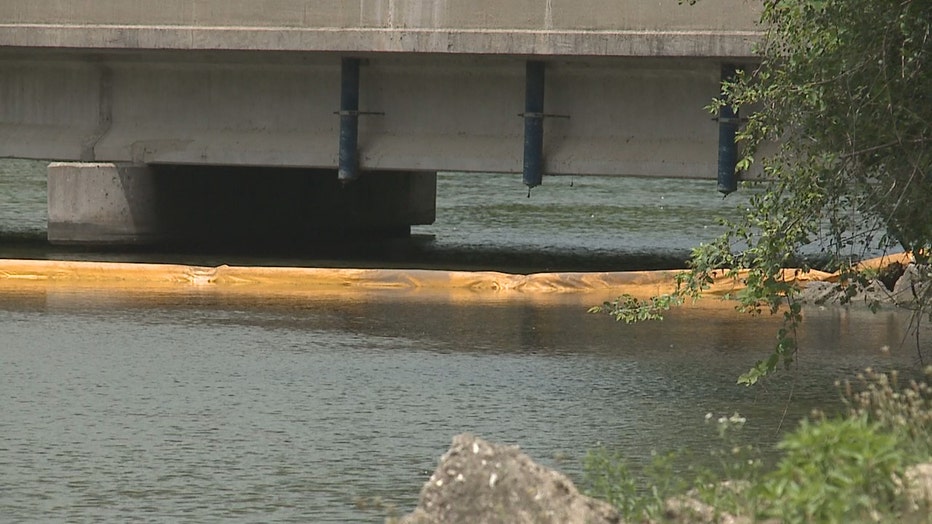 Booms placed in the Rock River by U.S. Fire Pump

Spraying as much as 9,000 gallons of foam per minute, the private company's assistance is making a noticeable difference not just on the plume of smoke, but in allowing firefighters to actively suppress the flames from a distance.

"We have big volume, big water that can flow, and we can create distance to use that distance to suppress the fire," said Carroll. "It's a different animal itself, and distance is your friend where you're not going in to attack these fires like a municipal firefighter does."

Providing a safer method of firefighting, it gives U.S. Fire Pump a chance to repay the first responders who have come to the Louisiana-based company's aid down south.

"We've always had people come and help us, whether it be hurricanes, floods, whatever it may be. Sometimes, we get to reciprocate, turn around and help other people. And we're very proud to be called upon," said Carroll.

Trying to keep an already dangerous incident from becoming any worse, Carroll told FOX6 News there really isn't a timetable for how long the emergency response team will remain on site.

Residents evacuated from their homes after an explosion and fire at a northern Illinois chemical plant will still have to wait to return.

A northern Illinois chemical plant that was rocked by an explosion and massive fires that prompted evacuations was inspected by a federal agency less than a month before the blast sent debris raining down onto nearby areas.