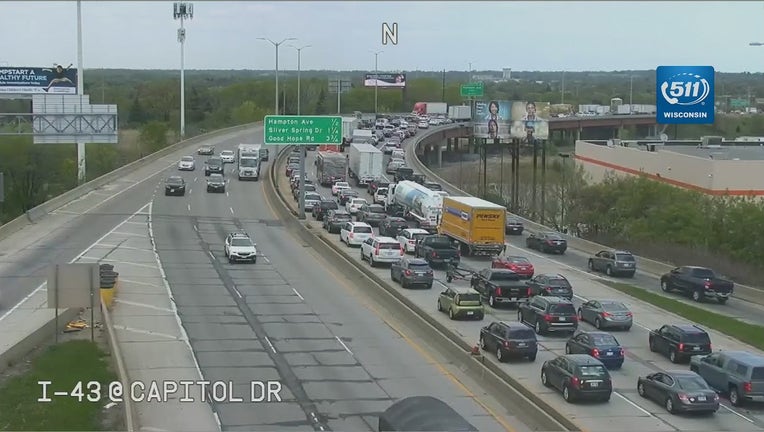 MILWAUKEE - The Milwaukee County Sheriff's Office says shots were fired on northbound I-43 near Hampton Avenue on Friday afternoon, May 14. That incident prompted the full closure of the northbound lanes of I-43 for roughly an hour.

Officials said a suspect was taken into custody – and there are no reported injuries. MCSO are investigating the circumstances behind this incident.

The northbound lanes of I-43 near Hampton Avenue reopened to traffic shortly before 2 p.m.

At the height of this incident, backups on northbound I-43 extended beyond North Avenue – near downtown Milwaukee.

Overturned semi on I-43, traffic temporarily jammed near Highway 164

Waukesha County officials have shut down northbound I-43 near Highway 164 because of an overturned semi.

The Zoo Interchange ramp from westbound I-94 to southbound I-894 reopened to traffic on Friday morning, May 14.

Milwaukee police are investigating a crash that happened Thursday night, May 13.