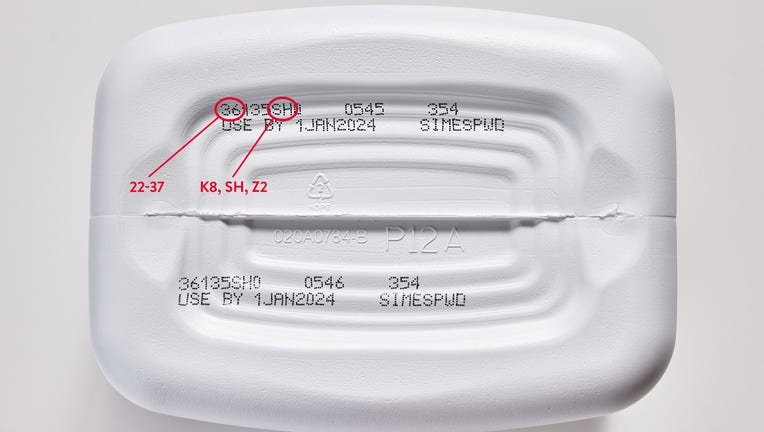 Simultaneously, Hunger Task Force has also launched an interactive map on HungerTaskForce.org which parents of infants can use to locate the nearest food pantry providing infant formula.

Similac, Alimentum and EleCare products affected by the recall with expiration dates of April 1, 2022 or later, will have a long sequence of numbers on the bottom of the container that starts with the first two digits 22 through 37, and contains K8, SH or Z2.

Families in need of emergency assistance can also contact 211 to locate the nearest pantry in their neighborhood.

The Racine Police Department said on Wednesday, Feb. 23 that a suspect who was identified in the homicide of Racine Firefighter Christopher Lalor is dead.

SKYFOX video of ice-covered trees at Scout Lake in Greendale

SKYFOX captured a bird's eye view of the ice-covered trees at Scout Lake in Greendale -- one of the beautiful byproducts of the ice storm that hit southeast Wisconsin.