Los Angeles - The House Select Subcommittee on the Pandemic issued a subpoena Thursday to Peter Navarro — former Director of the White House Office of Trade and Manufacturing Policy and an assistant to then-President Donald Trump — in connection to the committee’s investigation into political interference from the former administration.

In a memo to select subcommittee members explaining the reasons for issuing the subpoena, Rep. James Clyburn, D-S.C., alleged Navarro was "integrally involved in the prior administration’s pandemic response including its procurement efforts" — prioritizing politics and promoting Trump’s unfounded claims that the 2020 election results were fraudulent. 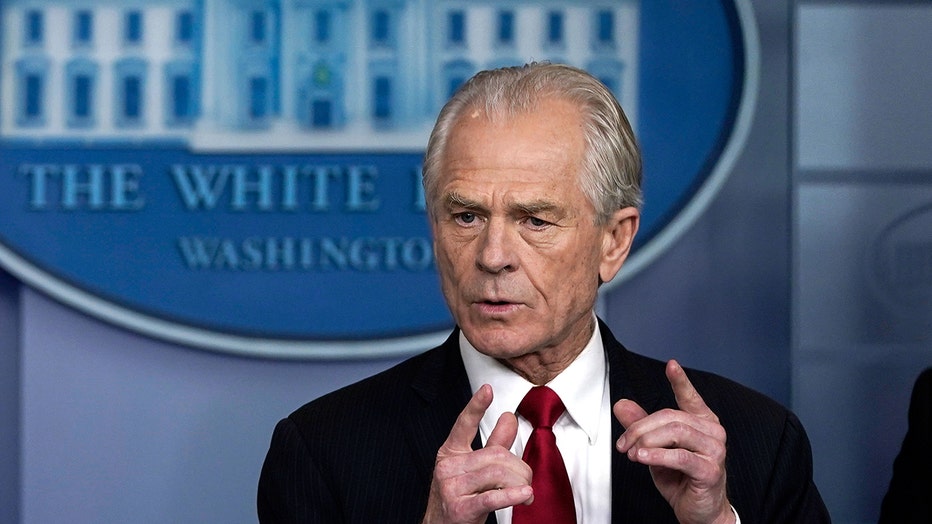 Former White House Trade and Manufacturing Policy Director Peter Navarro speaks during a briefing on the coronavirus pandemic in the press briefing room of the White House on March 27, 2020 in Washington, DC. (Credit: David Angerer via Getty Images)

"Documents previously released by the Select Subcommittee show that rather than implement a coordinated national strategy to alleviate critical supply shortages, Mr. Navarro and other Trump Administration officials pushed responsibility to the states and pursued a haphazard and ineffective approach to procurement—contributing to severe shortages of critically needed supplies and putting American lives at risk," Clyburn wrote. "White House officials, including Mr. Navarro, also appear to have sidelined career procurement officials and exercised inappropriate influence over contract awards, leading to the award of contracts without adequate diligence or competition."

This subpoena comes after Navarro refused to cooperate with requests in a Sept. 14, 2021 letter.

In the five-page subpoena, Clyburn went on to say that Navarro and other Trump administration officials prioritized politics over the pandemic process, "focusing their attention on the 2020 presidential election and promoting former President Trump’s Big Lie that the election results were fraudulent."

The subpoena orders Navarro to appear for a deposition and produce documents related to his work on the Trump Administration’s pandemic response.

The subcommittee continues to investigate the federal government’s response to the coronavirus pandemic since 2020.

FOX Television Stations reached out to Navarro for comment.

"This is yet another Democrat witch hunt plain and shallow," Navarro told FOX Television Stations. "I will be delivering a case of my new book In Trump Time to the Committee in thanks for their invitation. In Trump Time documents my critical role in fighting a deadly pandemic from Communist China and illustrates the committee is (as usual) barking up the wrong tree. Suggest they ask Tony Fauci when he knew his dangerous gain of function experiments were the likely technology used by the Chinese to spawn the deadly virus President Trump and I had to fight."

The subcommittee continues to investigate the federal government’s response to the coronavirus pandemic since 2020.