At the Stars and Stripes Honor Flight, FOX6 met three Racine brothers and a neighborhood best friend who all served in Vietnam and made it home.

MILWAUKEE - In a game of cards, you play the hand you’re dealt. The same goes for the game of life.

Amid the banter and spilled beer at their weekly game, you get hints of the hands the Michel brothers were forced to play when they were barely out of high school. There’s Jim, the oldest of seven in his old-school Catholic family.

"Well I think they should have stopped after one when they had perfection," he said, laughing.

Next up is Jack, a year behind.

"Yeah, I was in really good shape at that time," said Jack, flipping through some old photos. 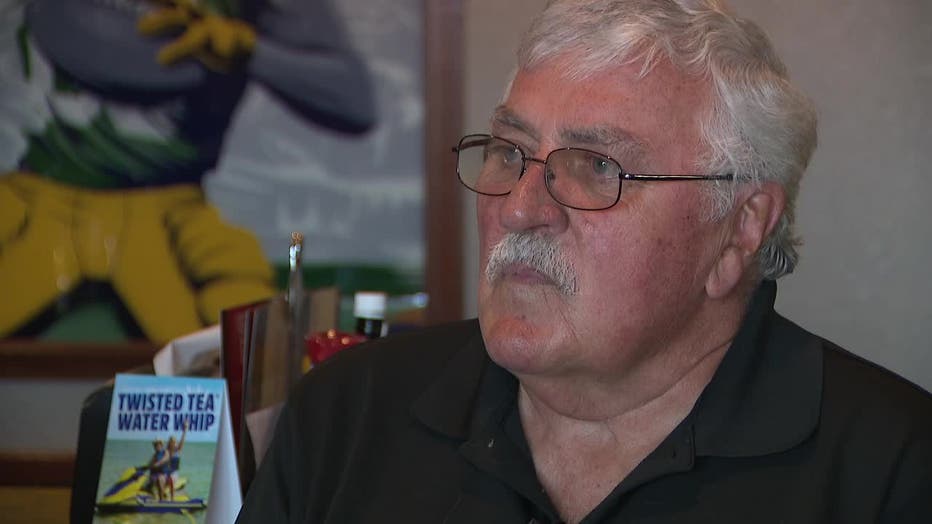 Plus a fourth, their friend Don Holm. He grew up across the alley from the Michels in Racine.

"We got into a little mischief," Don said wryly, "but enough said about that."

All four served in the Army in Vietnam. All four came home.

"We all got back," Jack says. "Which is like a blessing for all of us."

All four joined Stars and Stripes Honor Flight on a trip to Washington D.C. Together as always. The Honor Flight’s mission is to thank veterans for their sacrifice. It’s the opposite of what they got 50 years ago, coming home from the war.

"People were swearing at me, calling me baby-killer, spitting," Jack remembers. "It was pretty ugly."

Decades later at Washington Dulles, they’re greeted by a tunnel of strangers dressed in red, white and blue. It’s a start. The way the deck was shuffled, Dennis was the first to go to war.

"We’re going to get drafted sooner or later," he remembers. "Let’s get this over with."

He manned artillery stations in the mountains.

"Pretty soon I’m by myself," Dennis said of one time his position was overrun. "But I just said, ‘Hey, I’m not going to die – go down – not fighting.’ So I just kept blasting." 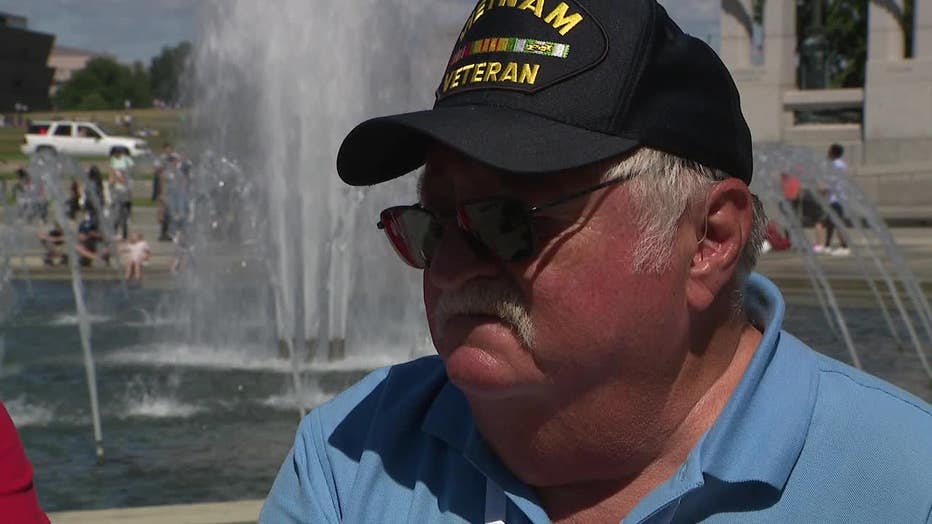 Don was dealt in next, a combat medic.

"You’re the closest thing there is to a doctor," he said of trying to save lives after just eight weeks of training. "When you’re like 19, 20 years old, you grow up real quick."

Jim left behind a wife and daughter for the thick of the fighting in the Infantry.

"Bronze Star for Valor, Army Commendation Medal, two Purple Hearts," he said, going through the items in his shadow box.

Some wounds never heal, no matter how many medals.

And then there’s Jack, knowing what Jim was going through.

"I think he was hit twice," Jack said. "And they just kept sending him back."

The hardest play became an easy one.

"I could go to Vietnam, and he would be replaced," says Jack. "Because you can’t have two brothers in a combat zone."

Jack said "deal me in," to get his brother out.

"He would’ve done the same for me," Jack said.

For much of the day in Washington D.C., it’s like never leaving that card table in Racine. 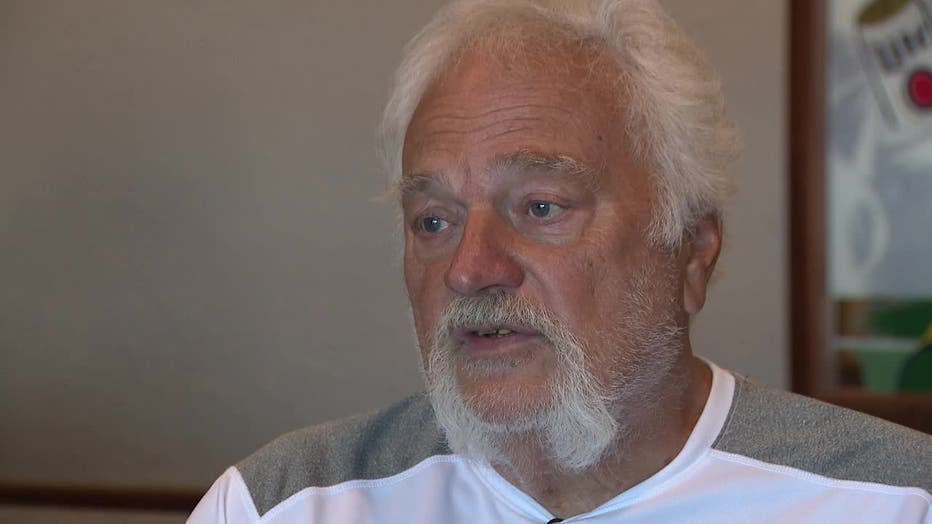 There are moments that ground them, like a stop at Arlington Cemetery, where the price of freedom is measured row, after row, after row. And in a long walk past the Vietnam Veterans Memorial, where any one of the 58,000 names on the wall could’ve been theirs.

It’s the date Jim can’t forget. The day he earned his Bronze Star and a second Purple Heart.

"The guy next to me got shot in the leg. Got him out," he remembers. "But I didn’t know those other guys were up there. I’d have been stupid enough to try and get them, but didn’t know about it."

He saved one man’s life. All he thinks about are the two he couldn’t.

"It’s an emotional experience, it really is," Jim said. "The fact that I’m not on there, I’ve been blessed. But those guys didn’t make it."

The weight of the trip goes largely unspoken. 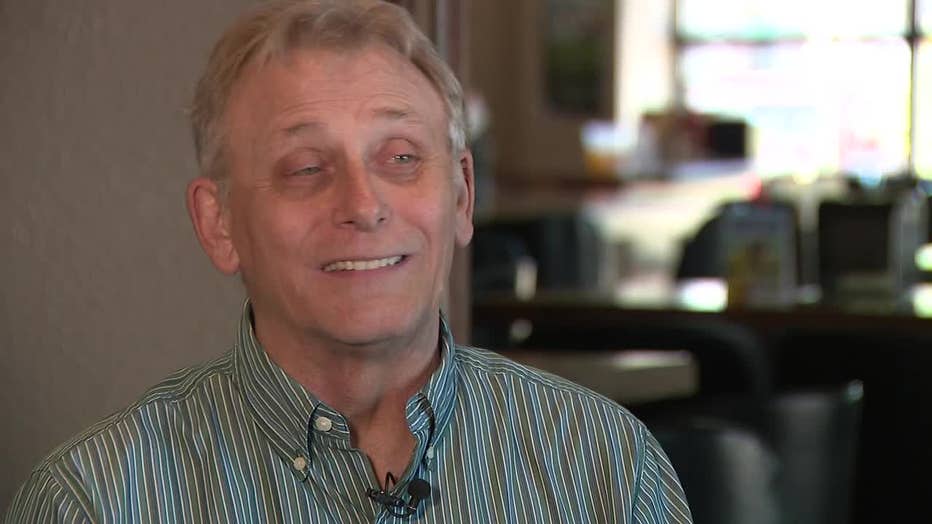 There’s power in the shared experience.

"It was great," Jack said, fighting back tears. "Very moving. It’s nice to be recognized for what we did."

On the flight home, it’s time for "Mail Call." They each get envelopes full of nothing but recognition from close friends and family.

"What a lousy way to get a subpoena," Don joked. There’s always room for a laugh with this crew.

"It’s the best Father’s Day ever," said Jack, reading letters from his sons and grandchildren. "‘Dear Dad…Your courage and bravery will never be forgotten. You truly are a hero…’ That’s cool. I think we done good."

"This has been fantastic," Jim added. "Much better than I ever expected. I wasn’t sure if I even wanted to take the trip."

Back in Milwaukee, there was one final sign of how far they’ve come. A sea of support welcoming them home, from complete strangers and their closest family – including the fourth Michel boy.

By luck of the draw, he wasn’t drafted like the others.

"Thank you for everything you did buddy," Don said, hugging his older brothers. "Our hero."

He was spared the experience while his brothers played their cards for him.