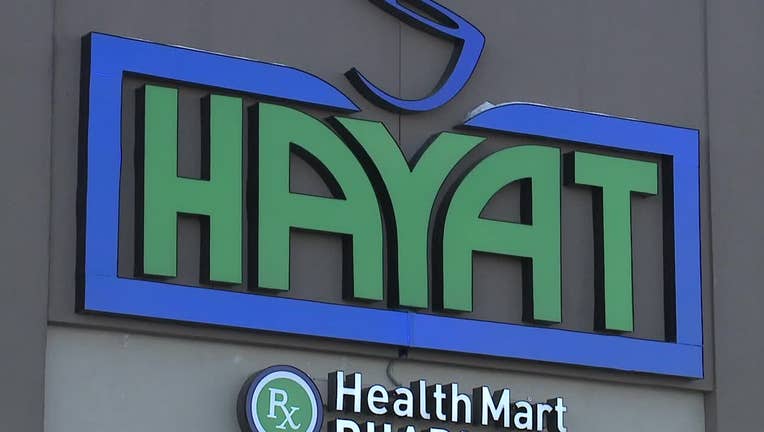 MILWAUKEE - Hayat Pharmacy has agreed to pay more than $2 million to resolve allegations that it submitted false prescription claims to Medicare and Medicaid, according to a U.S. Department of Justice news release.

Hayat Pharmacy operates 23 pharmacy locations in the Milwaukee area. Prosecutors alleged that Hayat Pharmacy submitted false claims to Medicare and Medicaid in 2019 for two prescription medications – a topical cream consisting of iodoquinol, hydrocortisone, and aloe, and a multivitamin with the trade name Azesco.

During the time period related to the case, Medicaid paid thousands of dollars per prescription for the iodoquinol-hydrocortisone-aloe cream, and Medicare paid hundreds of dollars per prescription for Azesco. The U.S. alleged that Hayat Pharmacy switched Medicaid and Medicare patients from lower cost medications to the iodoquinolhydrocortisone-aloe cream and Azesco without any medical need and/or without a valid prescription.

In addition to paying over $2 million to resolve the allegations concerning these false claims, Hayat Pharmacy agreed to conduct annual training concerning waste, fraud and abuse, and compliance with rules concerning medication switches.

"Medicare and Medicaid only pay for prescription medications that are needed by patients, not prescriptions dispensed by pharmacies simply to increase their profits," U.S. Attorney Richard Frohling said in a news release. "This settlement imposes a significant penalty on Hayat Pharmacy and will make the federal government whole for the pharmacy chain’s wrongdoing."

The government’s investigation resulted from a whistleblower complaint filed under the qui tam provisions of the False Claims Act. The whistleblower will receive a share of the settlement. The lawsuit is pending in the U.S. District Court for the Eastern District of Wisconsin.

The settlement agreement states allegations only; Hayat Pharmacy does not admit liability for the allegations.

In a statement, Hayat Pharmacy said:

"Hayat vigorously disputed the allegations made against our company. As a family-owned business, our mission is and always will be helping underserved populations in our community obtain proper health care. We agreed to settle this dispute in order to put this matter behind us so it does not distract from that mission. We are eager to move forward and to continue serving our neighbors in the Milwaukee community."

The Milwaukee Health Department reported declining trends to the COVID-19 case burden and positivity rate compared to the previous week.

Even if you've had COVID, you can still donate blood, and it's needed now more than ever, with health officials reminding, "You never know when it might be you or someone you love that needs a unit of blood."