HAWS dog awaiting adoption, been at shelter for 1 year

WAUKESHA, Wis. - Folks at Humane Animal Welfare Society (HAWS) in Waukesha are used to seeing pets come and go, but something they are not used to is having an animal stay for a prolonged period of time.

A 4-year-old dog, Lilo, just had her one-year anniversary at the shelter – waiting for someone to take her to her forever home.

The anniversary of a dog coming into your life is typically a date worth celebrating. But for those at HAWS, this one-year anniversary is bittersweet.

"Lilo is wonderful. She is a 4-year-old black pit bull mix, and she has been here for a year," said Megan Arant with HAWS. "Being here for a year at a shelter takes a toll on a lot of dogs, but for her every time I see her, anytime anyone sees her, she’s just joyful. She’s the happiest little girl ever, up for anything. She loves outings, she goes on a lot of field trips with our volunteers."

An animal behavior specialist says Lilo's special personality causes some to look away.

"Lilo would love a home that has no other pets in the home. She would like a couple or a family with no small children, and she would do the best with a family who would match her energy level and be dedicated to her physical and mental enrichment," Arant said. 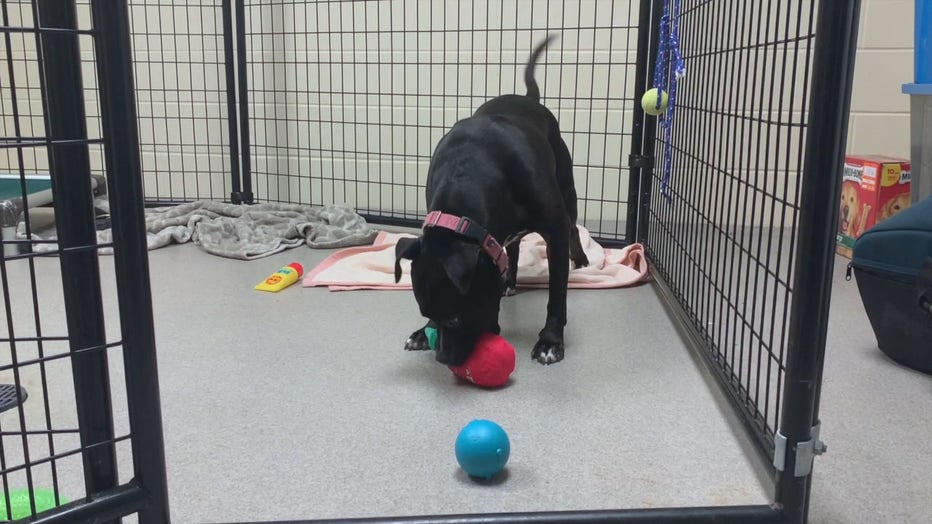 Lilo at HAWS in Waukesha

HAWS staff said dealing with breed stereotypes is working against Lilo, but they believe the right home is still out there.

"I always tell people whenever I work with them, when they’re choosing a dog, go after the personality rather than their appearance because at the end of the day this is a dog you’re going to be living with," said Arant.

The staff is eager to celebrate the day Lilo moves on.

"I love seeing her face every day, but at the end of the day I don’t want to see her face anymore here because she needs to go to her forever home," Arant said.

More information about Lilo, including how to meet her, can be found on the HAWS website.

Six Native American tribes sued the state of Wisconsin on Tuesday to try to stop its planned gray wolf hunt in November.

The annual V100.7 Sista Strut is set for Saturday morning, Oct. 2 – and FOX6’s Gabrielle Mays is proud to help kick off the event.