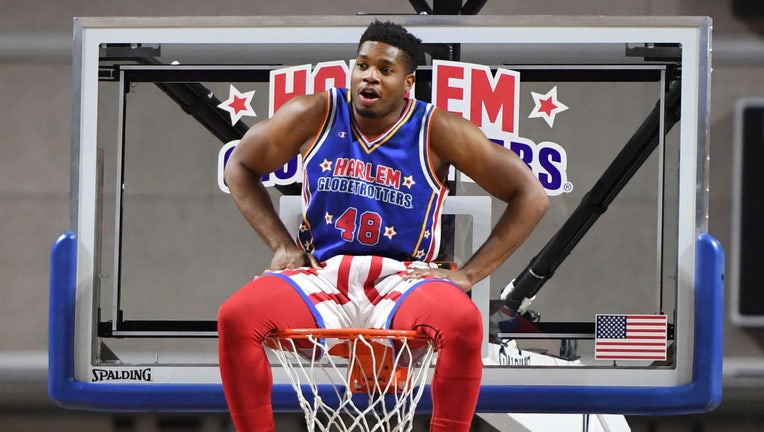 LAS VEGAS, NEVADA - AUGUST 25: Antjuan "Clutch" Ball #48 of the Harlem Globetrotters sits on the rim during the team's exhibition game against the Washington Generals at the Orleans Arena on August 25, 2019 in Las Vegas, Nevada. (Photo by Ethan Mille

Harlem Globetrotters fans can get the best seats before tickets go on sale to the general public during the pre-sale on Tuesday, Sept. 14 at 10 a.m. CT by signing up to become a Preferred Customer at HarlemGlobetrotters.com. Preferred customers receive exclusive access to the pre-sale offer code. General tickets go on sale starting Tuesday, Sept. 21 at 10 a.m. CT at fiservforum.com.

A news release says the Spread Game Tour is a basketball event like no other. Ankle-breaking moves, jaw-dropping swag, and rim-rattling dunks are only some of the thrills you can expect from this fully modernized show. Part streetball from the players who defined it, part interactive family entertainment, the new tour will show off the best of the Globetrotters in a dazzling exhibition of talent and game.