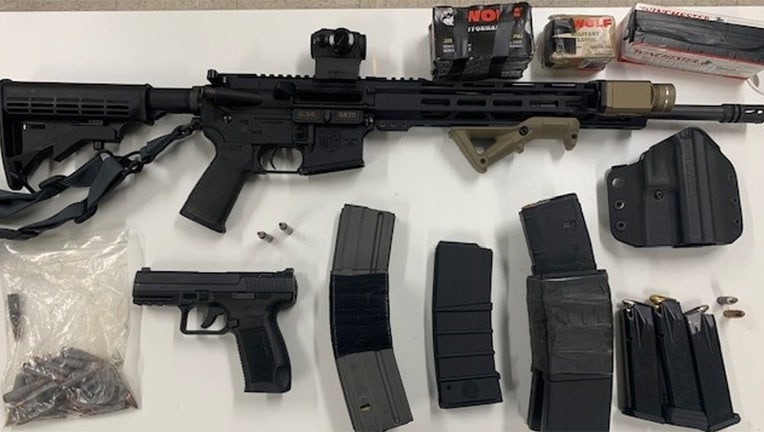 RACINE, Wis. - A 29-year-old man is expected to face multiple criminal charges following the execution of a search warrant at a residence on Douglas Avenue in Racine on Aug. 12.

Located during the search of the suspect's vehicle were an AR15 semi-automatic rifle, a 9mm handgun, several magazines loaded with ammunition, and several boxes of ammunition. In the residence, agents located 36.3 grams of Kratom (Schedule I drug, Kratom has opioid properties and stimulant-like effects).

The suspect was taken into custody – and is expected to face the following charges: