TSA has confiscated multiple guns this week at Milwaukee's airport. 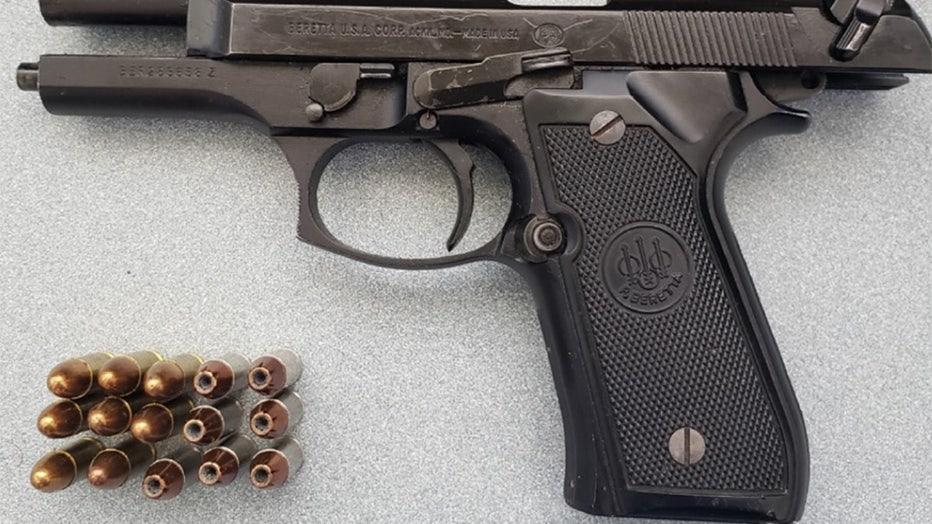 This handgun was detected by TSA officers in a passenger’s carry-on bag at Milwaukee Mitchell International Airport on June. 11. (TSA photo)

At approximately 5:30 p.m. on Monday, June 14, a TSA officer detected a loaded gun in another man’s belongings. This handgun was detected by TSA officers in a passenger’s carry-on bag at Milwaukee Mitchell International Airport on June. 14. (TSA photo)

In both incidents, TSA officials immediately alerted the Milwaukee County Sheriff’s Office and deputies removed the passengers and weapons away from the checkpoint.

A news release says the TSA reserves the right to issue a civil penalty to travelers who have guns and gun parts with them at a checkpoint. A typical first offense for carrying a loaded handgun into a checkpoint is $4,100 and can go as high as $13,669 depending on any aggravating circumstances. This applies to travelers with or without concealed gun carry permits because even though an individual may have a concealed carry permit, it does not allow for a firearm to be carried onto an airplane. If a traveler with a gun is a member of TSA PreCheck, that individual will lose their TSA PreCheck privileges.

Passengers are permitted to travel with firearms in checked baggage if they are unloaded, packed separately from ammunition in a locked hardback case, and declared at the airline check-in counter.