Milwaukee police are investigating a fatal crash following a pursuit by Greenfield police early Tuesday just east of 13th and Layton in Milwaukee.

MILWAUKEE - Milwaukee police are investigating a fatal crash following a pursuit by Greenfield police early Tuesday, May 31, just east of 13th and Layton in Milwaukee. A Milwaukee man, identified by the Milwaukee County Medical Examiner's Office as 38-year-old Westley Woods, died on scene.

Officials said Greenfield police began the pursuit near 27th and Howard around 1:40 a.m. Tuesday. An officer's radar check of the car indicated the vehicle was traveling around 98 miles per hour. The officer attempted to pull the vehicle over for speeding.

The officer began pursuing the vehicle, but the driver refused to stop and sped up. The officer lost sight of the vehicle at 20th Street and W. Layton Avenue – where the officer terminated the pursuit.

Moments later, the driver lost control and struck a bridge abutment. The impact of the collision caused the vehicle to catch fire. 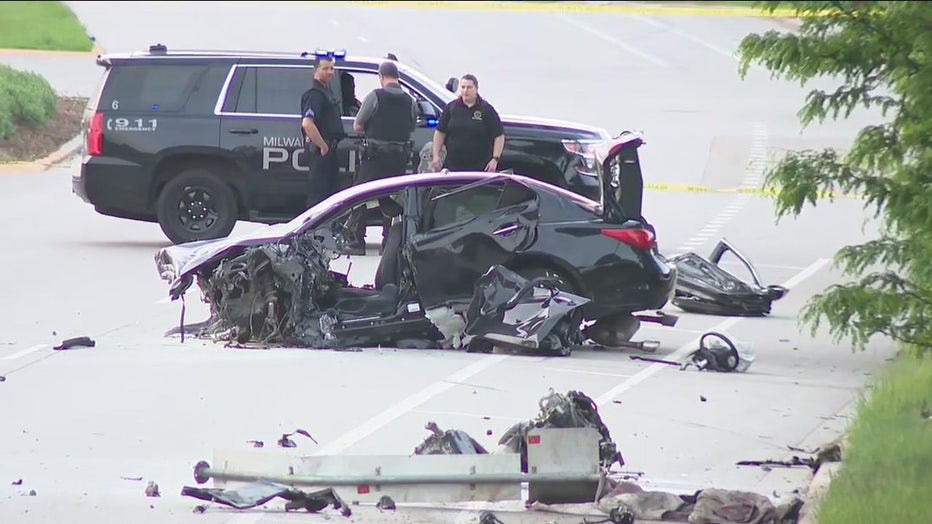 The officer lost sight of the car, but after driving through a field of debris, found it crashed and on fire.

Police put the fire out and tried to rip open the car door, but the 38-year-old driver died on scene.

Anderson watched as police investigated the deadly crash near his Milwaukee restaurant.

"Thank God there was nobody out on the street at the time of night," said Anderson.

What took seconds to unfold will have an impact that lasts much longer. 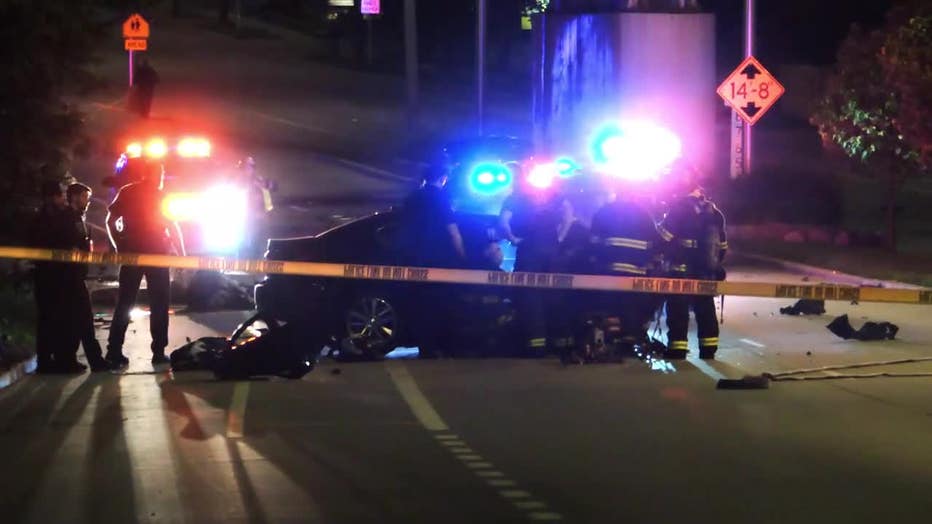 "What do I take from it? Stop. Pull over. Do the civic responsibilities," said Anderson.