Gov. Tony Evers defended Wisconsin's vaccination efforts in the face of increasing Republican criticism Thursday while urging patience because the number of people eligible will expand exponentially next week.

Everyone over age 65 — about 700,000 people — will be able to get a shot starting Monday, and the state Department of Health Services is considering a recommendation that teachers, grocery store workers, transit workers and others be added to the priority list. That would make more than 40% of Wisconsin's total population, or about 2 million people, eligible for vaccination.

"That is a lot of people," said Julie Willems Van Dijk, deputy secretary of the Wisconsin Department of Health Services. "We don’t yet have enough vaccine for all of those folks."

The state has been receiving about 70,000 doses a week and has been told by the federal government to expect that same level of vaccine for the next three to four weeks, Van Dijk said.

"This is going to take time," she said while urging patience. "I know that is not what we want to hear. Being patient is not easy and after almost a year of this pandemic and asking for more patience is, frankly, a lot to ask."

Gov. Evers and Wisconsin health officials provide an update on the COVID-19 pandemic.

Evers, who is 69, will be eligible based on his age next week.

"We will get our vaccine when our primary health physician contacts us and we will make an appointment," Evers said when asked at a news conference when he would be vaccinated.

Wisconsin has vaccinated 3.3% of its population, which is below the national average of 4.3% and one of the lowest in the country, according to data as of Wednesday from the U.S. Centers for Disease Control and Prevention. Those numbers have led to criticism from Republicans, who are pushing a variety of bills to take more control of the vaccination program.

Along the way, people with underlying health conditions say they have been forgotten about, but are in the most danger of needing to be hospitalized.

People under age 65, who suffer from equally dangerous health conditions, have been excluded.

"I don’t know who’s making the decision on that but I think they totally got it all wrong," said Thomas Downs, 58, of Waukesha. 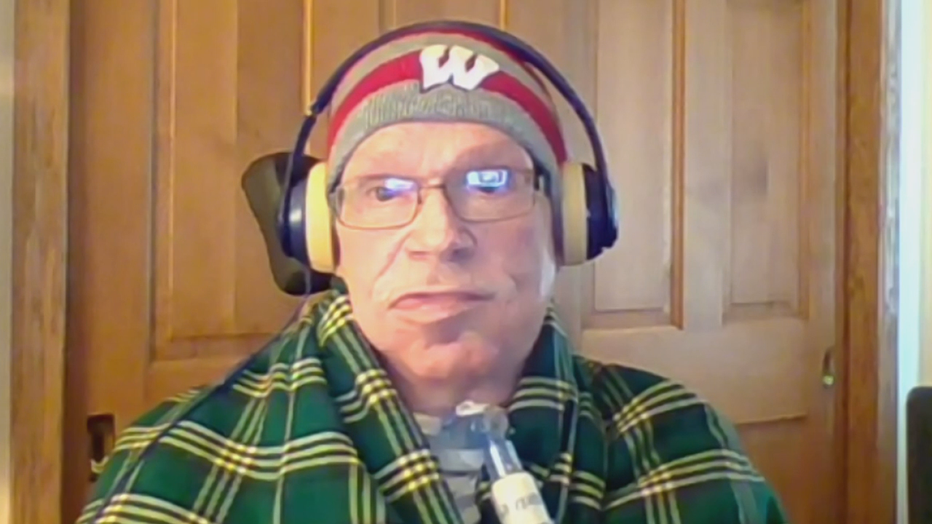 Downs is on a ventilator and in a wheelchair due to his muscular dystrophy. He said he would not survive if he contracted the virus.

"It weighs heavy on my mind that it’s a pretty dangerous thing," Downs said.

The state said the decision to draw the line at age comes down to what is the easiest way to identify people in sub-groups while vaccine supply is still limited.

Downs is urging health officials to rethink their strategy, arguing that people in his situation should have been included in Phase 1a.

"We’re not all in nursing homes. We’re not all in some type of specialty place where they take care of people on ventilators. I live in my home. And they just like totally forgot about us," Downs said.

Evers defended the vaccination effort to date, saying it was "bumpy" in the beginning due to a limited vaccine supply and gearing up the delivery system.

"I think we’re doing as best we can," he said. "At the end of the day, we’re driven by how many shots we have to put into people’s arms."

Van Dijk said 22,072 doses were administered in the last 24 hours, making it the single largest day of vaccinations to date. Nearly 285,400 doses have been administered so far, she said. 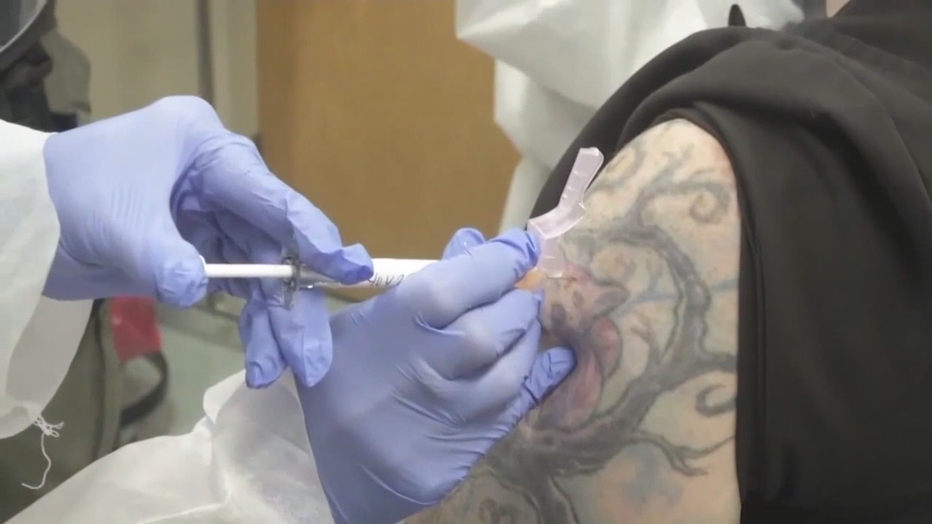 The State Disaster Medical Advisory Committee, which advises the state department who should next get vaccines, met Thursday and recommended a massive expansion of who is eligible for the next round. That would include teachers, prison inmates, others in congregate settings such as group homes and shelters, 911 dispatchers, mink farmers, non-front-line health care employees and workers in child care, utilities, public transit, grocery stores and food distribution.

The state health department will make the final decision on who will be in that group by early next week.

Bills heard by legislative committees this week would force access to the general public by March 15; prohibit employers or the government from requiring vaccination; bar the closure of churches and not allow prison inmates to take priority over others.

None of those ideas were included in a more limited COVID-19 bill passed by the Senate last week that Evers supports. Evers said he doubted that several of the Republican-backed bills heard this week would pass, but declined to say whether he would veto them if they did.

Can employers force employees to get vaccinated? Should the state prioritize vaccine distribution to inmates? The Wisconsin Senate is wrestling with issues like those and others.