A detailed look at arsenic in food products

According to the American Cancer Society, arsenic is a natural element that can be found in rocks, soil, water, air, plants and animals.

The report, posted Wednesday by the House Subcommittee on Economic and Consumer Policy, shares results from an investigation that found dangerously high levels of arsenic, lead and cadmium in some foods tested. Such heavy metals can negatively affect a young child’s brain development and are among the most common metals that get into food.

The investigation found that Beech-Nut’s June 2021 baby food recall was "incomplete," and Gerber failed to recall any of its toxic products, according to the committee’s report.

The report said testing conducted by the state of Alaska and funded by the U.S. Food and Drug Administration found that multiple samples of Beech-Nut’s and Gerber’s infant rice cereals contained more inorganic arsenic than the FDA’s 100 parts per billion (ppb) limit, which the subcommittee referred to as "an already dangerously-high standard."

Beech-Nut only recalled two of its six products that tested over the limit, the report states. Gerber, which had two products test over the 100 ppb limit, "took no action to tell the public or get them off the shelves."

Furthermore, the report claims that Walmart in 2018 "abandoned" its protective standards of a maximum inorganic arsenic limit of 23 ppb and quadrupled its standard to the FDA’s limit of 100 ppb "without any justification."

"The decision was an extreme course reversal on efforts to protect babies’ neurological development," the subcommittee said in a statement. 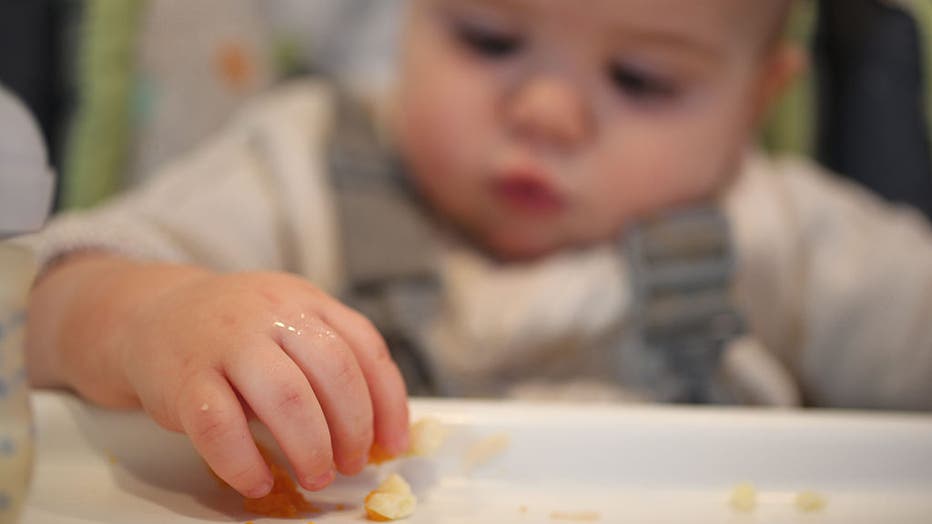 A spokesperson for Beech-Nut Nutrition refuted the report in an email, saying "the assertion that Beech-Nut’s rice cereal recall was too narrow is incorrect."

"In addition to recalling the affected lots, Beech-Nut also proactively withdrew all Beech-Nut branded Single Grain Rice Cereal products from supermarket shelves. Further, Beech-Nut decided to exit the market for its branded infant rice products because it is concerned about being able to consistently obtain rice flour well-below the FDA guidance level," a statement reads in part.

"Beech-Nut has long had a robust ingredient testing program, and all ingredients are tested before they are ever used," it continued.

In its own statement, a Walmart spokesperson said the company is committed to providing "high-quality private brand baby food products that are safe and nutritious."

"We have always required that our suppliers’ products meet the guidelines established by the FDA. Our specifications have always been aligned with or below the FDA requirements for naturally occurring elements and the FDA noted in April that its testing shows that children ’are not at an immediate health risk to exposure.’ We are encouraged the FDA launched a collaborative process to establish science-based standards for infant and baby foods and look forward to further guidance," the statement read.

Walmart also noted that as a retailer, it does not ordinarily require its private brand suppliers to submit all test reports or test results to the company. Instead, the retailer requires that its suppliers "demonstrate the effectiveness of their food safety management systems through continued certification by GFSI and meet the finished good specifications, including for heavy metals in baby foods, that Walmart establishes."

Gerber and Plum Organics did not immediately respond to a request for comment.

The House Oversight subcommittee called on the FDA to accelerate its proposed timelines for publishing final limits for these toxic heavy metals and require companies to conduct finished-product testing.

It also said baby food manufacturers should voluntarily adopt the practice of testing finished products for toxic heavy metals and phase out any that have high amounts of ingredients that frequently test high in toxic heavy metals — such as rice.

Such metals are found naturally in the Earth's crust and are also released into the environment as pollution that gets into the water and soil used to grow food, according to the American Academy of Pediatrics. The toxins can also get into food from food manufacturing and packaging.

Some of the most common metals that get into food include inorganic arsenic, lead, cadmium and mercury, according to the FDA.

"These findings prove that even after repeated warnings and reports, companies continue to focus on profit over people," Healthy Babies Bright Futures, an alliance of nonprofit organizations that aims to reduce babies’ exposures to toxic chemicals, said in a statement.