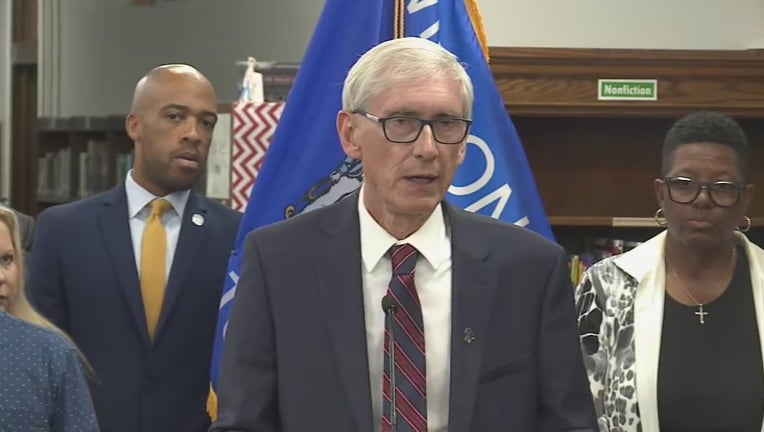 MADISON, Wis. - Democratic Gov. Tony Evers said Monday that it was "outrageous" that Republicans planned to spend $680,000 on an investigation into the 2020 election in Wisconsin, accusing Assembly Speaker Robin Vos of "drinking the Kool-Aid" after meeting with former President Donald Trump.

A Republican-controlled Assembly committee planned to give approval Monday to designating former Wisconsin Supreme Court Justice Michael Gableman as special counsel to lead the investigation ordered by Vos, assist the Assembly Elections Committee and hire investigators and others as needed.

Vos said on Friday that the contract will allow for spending up to $680,000 on the probe. That is more than nine times as much as the original contract with Gableman and the vote comes a week after Vos flew with Trump to a campaign rally in Alabama where the two discussed the Wisconsin investigation.

"I think it's outrageous," Evers said of the GOP election probe, saying the money would be wasted.

"Things changed a bit when Robin Vos went down and visited Donald Trump and got that nice picture on the plane," Evers said. "Apparently they're all drinking the Kool-Aid. But I think it was really, really unfortunate. What it tells me is that this is going to be wide-ranging and probably $680,000 at a minimum and they're going to be coming up with all kinds of things that frankly aren't true."

Trump lost to President Joe Biden in Wisconsin by just under 21,000 votes, an outcome that has withstood recounts in Dane and Milwaukee counties and multiple lawsuits.

Democrats have excoriated the various investigations as a continuation of the "big lie" that Trump won, when there is no evidence of fraud on the level that would overturn Biden’s win in Wisconsin. To date, prosecutors have brought charges against just two people for election fraud out of nearly 3.3 million people who voted in the state.

"We had a fair election this last time," Evers said. "Joe Biden is president and the continued attack on our democracy is just absolutely ridiculous. In my wildest dreams, when I decided to run for this office. I never thought protecting democracy would be one of the key things we do."

A motorcyclist was transported to the hospital early Monday morning, Aug. 30 following a crash in Sheboygan.