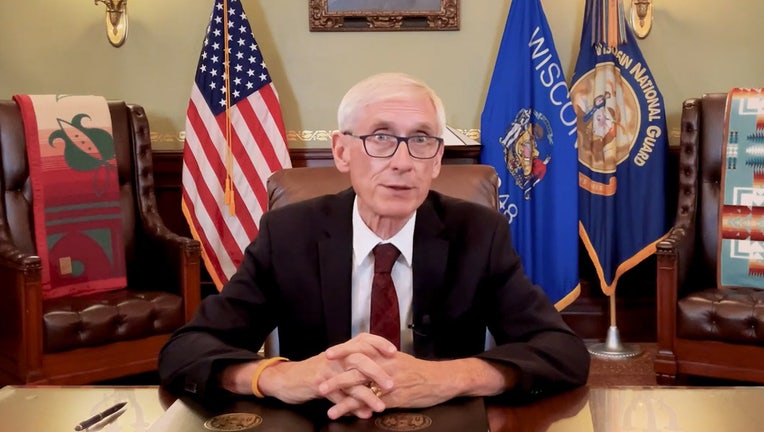 The Democratic governor told WISC-TV in a year-end interview published Monday that he might support changing the bail system to raise the amounts that violent offenders have to pay to stay free pending trial. But he said everyone needs to "take a breath" after the Waukesha incident and that all stakeholders would have to be involved in any discussions.

Prosecutors say Darrell Brooks drove his SUV into the parade last month, killing six people and injuring dozens of others. Court records show that he had been arrested for allegedly running over the mother of his child several weeks prior. Milwaukee County District Attorney John Chisholm's office requested $1,000 cash bail for him in that case. He paid it and was released two days before the parade.

Chisholm, a Democrat, has said the bail request was an oversight, but he's taken intense criticism from Republicans who say he enabled the parade attack.

A group of Milwaukee taxpayers filed a complaint against Chisholm with Evers earlier this month, triggering a process that could end with Evers removing Chisholm from office. The governor said his office was reviewing the complaint's authenticity.

In another year-end interview the Wisconsin State Journal published Monday, Evers said the state needs more federal manpower to staff hospitals that are struggling to deal with an influx of COVID-19 patients. He said opening an emergency field hospital remains an option, but that he wants to focus on bolstering staffing levels at existing hospitals first.

The governor also told WISC-TV that he wants to use his political clout to remove Wisconsin's abortion ban from the books. The law would take effect if the U.S. Supreme Court were to overturn Roe v. Wade, the landmark 1973 decision that established a national right to abortion.

Evers could essentially only advocate for removing the ban from statute, since Republicans control the Legislature.

Senator Lena C. Taylor has suspended her campaign for Lt. Governor. Over the weekend, Taylor made the decision to join the race for the City of Milwaukee Mayor.

The Milwaukee Police Department is asking for the public's assistance in locating a critically missing man.

Archbishop Desmond Tutu's work to not only end South Africa's apartheid system but also maintain peace after its fall drew praise from across the world, including at Marquette University in Milwaukee.