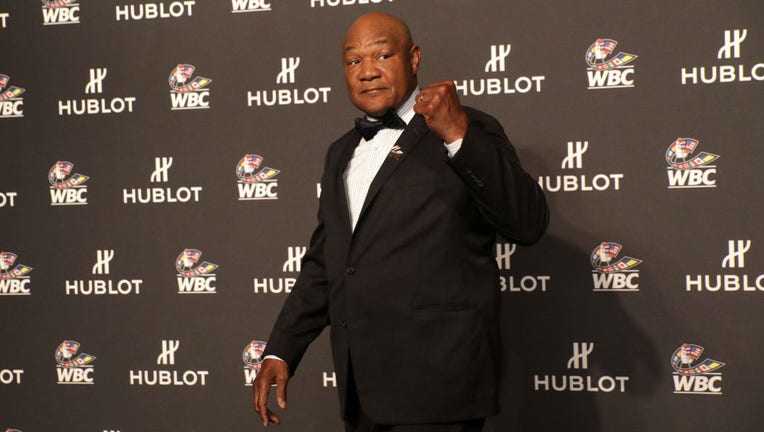 George Foreman attends the Hublot x WBC "Night of Champions" Gala at the Encore Hotel on May 03, 2019 in Las Vegas, Nevada. (Photo by Roger Kisby/Getty Images for Hublot)

Separate lawsuits were filed by the women, who are both in their 60s, under the pseudonyms Gwen H. and Denise F. in Los Angeles County Superior Court on Wednesday, Reuters reported.

RELATED: George Foreman: 'It's like a part of me just passed with him'

Denise F. alleges that Foreman started grooming her at the age of 8 and began having sex with her when she was 15 years old.

Gwen H. said in her lawsuit that she first met the ex-boxing champ at 9 years old and accused him of sexually abusing and raping her when she was 15 and 16 years old. Both women said they met Foreman through their fathers, who were boxing associates of the former champ.

Foreman was 24 years old or older at the time of the abuse, according to the lawsuit. USA Today reported that Foreman isn’t named in the lawsuits but is referred to as a professional heavyweight boxer who defeated boxer Joe Frazier in 1973, lost to Muhammad Ali in 1974, and was later inducted into the International Boxing Hall of Fame.

Foreman, 73, in a statement to the New York Post denied the allegations calling it an "extortion attempt." He also told the media outlet that the claims are "baseless threats and lies."

The lawsuits against Foreman were filed as a result of the California Child Victims Act which went into effect in 2020. The law extends the statute of limitations for California child sex abuse survivors reaching adulthood to initiate claims against their abusers, according to hermanlaw.com.

USA Today reported that both women are seeking a jury trial.