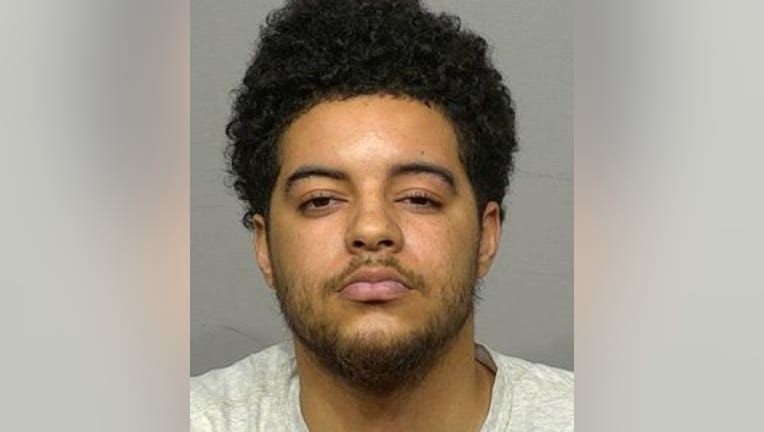 MILWAUKEE - Daveion Wilson pleaded guilty on Monday, April 4 in connection with the fatal shooting of Lawrence Jones that happened on Saturday, April 4, 2020 at a Citgo gas station near Green Bay and Cornell in Milwaukee.

Wilson pleaded guilty to a single charge of second-degree reckless homicide. Two other charges, including attempted armed robbery and possession of a firearm, were dismissed and read into the court record for the purposes of sentencing.

According to the criminal complaint, officers were dispatched to the gas station for a shooting. Officers found Jones sitting in the front passenger seat of a car at a gas pump. Jones had suffered two gunshot wounds and later died from his injuries. They "observed a number of fired casings inside the vehicle" and "a firearm between the front passenger seat and the driver's seat."

The complaint indicates surveillance cameras captured the activity that happened on that Saturday. The complaint says it "appears on the video that the suspect and the people inside the victim's car have some sort of conversation, at which point the suspect enters the rear passenger compartment of the vehicle." A short time later, "some movement can be seen in the vehicle. Suddenly, the video shows people reacting to the victim's car, consistent with shots having been fired inside the vehicle." The suspect is then seen leaving the car and appears "to limp towards his red Jeep. This is consistent with the suspect having been injured during the shooting. The suspect then drives off in the Jeep," the complaint says. 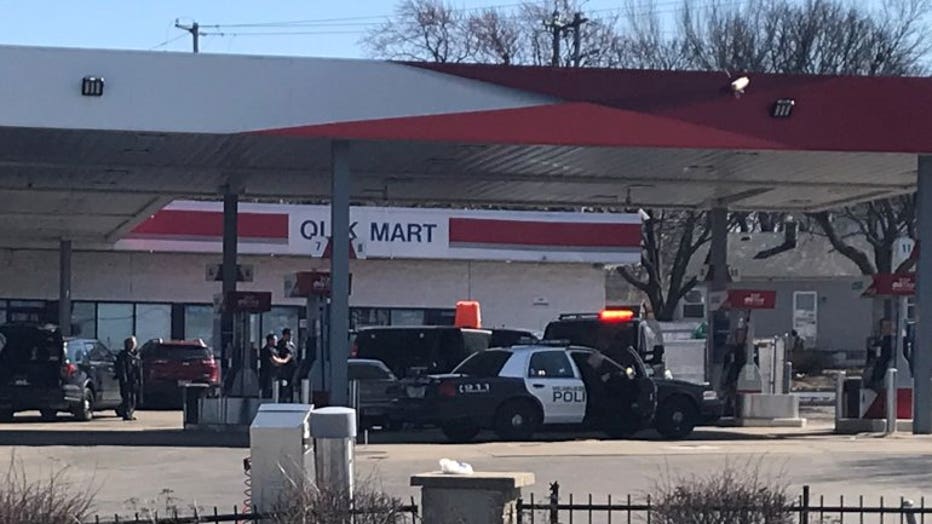 According to the criminal complaint, a short time later firefighters were in the area near 28th and Ruby when a vehicle crashed into their fire truck. Firefighters jumped out and saw a red Jeep had crash into their rig. The complaint says Wilson was the only person in the vehicle -- and was unconscious. Firefighters determined Wilson had "suffered a gunshot wound to the right side of his chest" -- and provided emergency care. A black firearm was recovered from inside the Jeep. One firefighter noticed "the .40 caliber handgun was 'stovepiped,' meaning that an unfired cartridge had gotten lodged in the extraction port." The complaint goes on to say this is "consistent with the firearm jamming during the course of being fired." 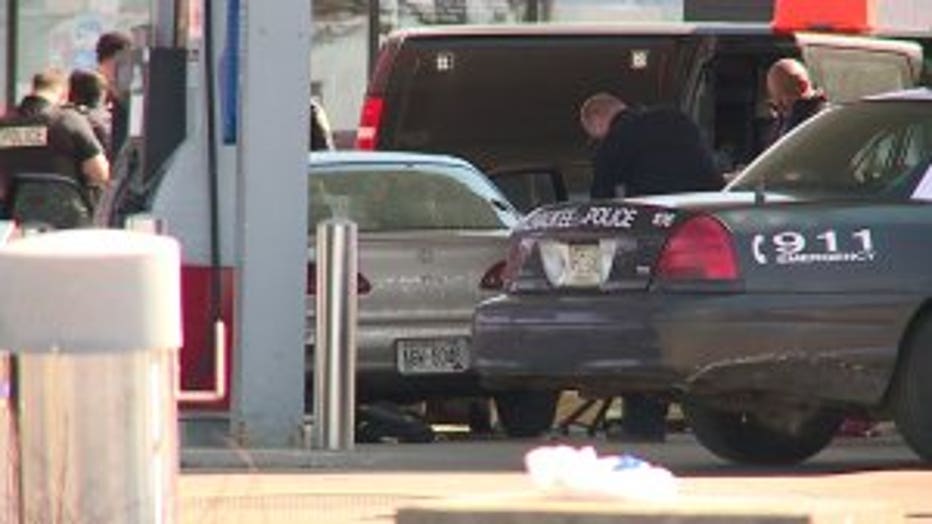 A witness who spoke with police indicated this incident started when Wilson approached the car at the gas station to buy marijuana. Once in the vehicle, the complaint says the witness "heard the defendant say, 'I'll take all of that, just give me what you got, don't do anything stupid." The witness stated he saw Wilson had a firearm and "gave the defendant the marijuana he had." Moments later, the witness told police he "saw the victim pulling out a firearm from his waistband. (The witness) then heard five or six gunshots and was unsure who shot first."

Wilson is scheduled to be sentenced on June 2.