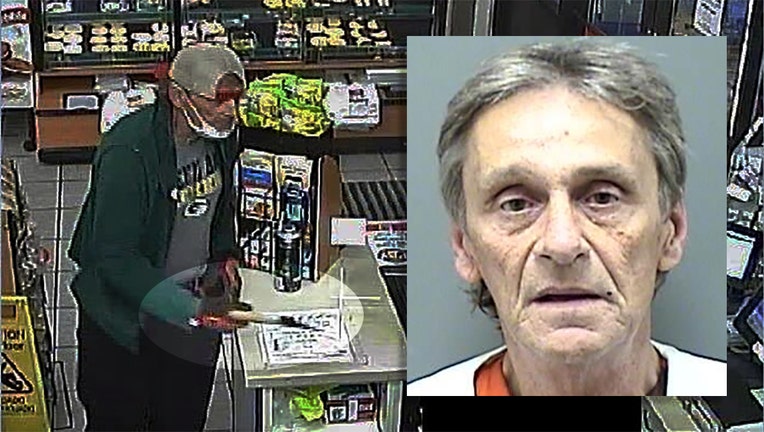 RACINE, Wis. - William Nelson, 60, of Racine, has been charged after he wielded an ax at a Mount Pleasant gas station on May 1. Police suspected him of attempted robbery.

Police were dispatched for a report of a man with an ax near Washington and Emmersten just after 2 a.m. The gas station clerk said the man was wielding it in a "threatening manner."

Officers got a still image of the suspect through surveillance footage and Crime Stoppers later received a tip that led authorities to Nelson.

A car registered in Nelson's name was also spotted on surveillance in the gas station parking lot at the time of the incident. Officers later spotted that vehicle and conducted a traffic stop.

Nelson advised officers during that stop that he had a crack pipe during the traffic stop, and one was found – a criminal complaint states. He is now charged with possession of drug paraphernalia and misdemeanor bail jumping.

Court documents show Nelson has a conviction history dating back to 1981 for various offenses including burglary and drug-related charges.

A status conference in the case is scheduled for Aug. 13.

Muskego police have arrested two people in connection with the armed robbery of a Kwik Trip in February.