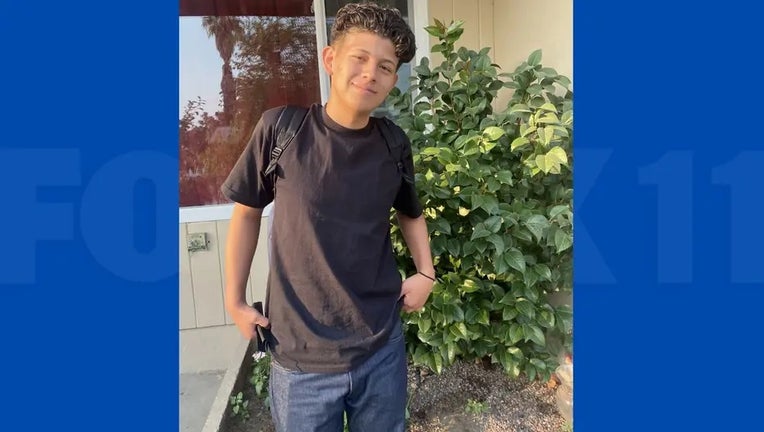 RIVERSIDE COUNTY, Calif. - Four teenagers were arrested nearly a month after they allegedly pushed another teen into traffic, causing him to be struck by a car and critically injured, according to Hemet Police.

15-year-old Angel Botello Hernandez was riding his skateboard on February 28 near the intersection of Stetson Avenue and Seven Hills Drive in Hemet.

According to police, a group of teens met him at the corner and an altercation occurred, resulting in Hernandez being pushed into traffic and hit by a moving Tesla. The driver of the Tesla stopped immediately and faces no charges.

A Riverside County teen is recovering at a hospital with serious injuries after he was pushed into traffic by a group of suspects while riding his skateboard Monday, police said.

Hernandez sustained major head and brain injuries and remains hospitalized. His dad can’t imagine why anyone would hurt the West Valley High student, who by all accounts has never been in trouble.

Hemet police say the skateboard he was riding was stolen following the accident.

On March 20, Hemet police arrested four teenagers for their involvement in the crime.

Three of the teens are 15-years-old and the fourth is 16-years-of-age, police said in a statement.
Two of the teens are related; all four attend a local Hemet high school, but it is not clear if they attended the same school as the victim.

The four suspects were transported to Riverside County Juvenile Hall and will be facing multiple charges each.